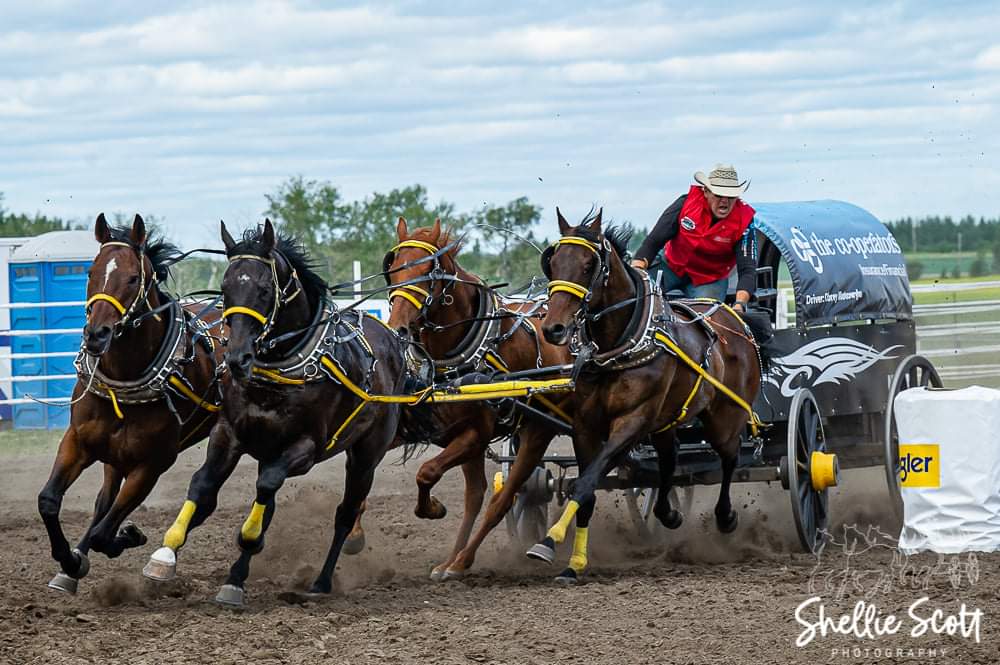 Champions do not become champions when they win an event, but in the hours, weeks, months and years they spend making sacrifices, tough decisions and preparing for it.  Like WPCA champions before him, 2021 World Champion Obrey Motowylo's victorious performance, is merely the demonstration of his commitment to racing and his championship character.

Over the past decade, Obrey Motowylo has established himself as one of chuckwagon racings elite drivers.  Motowylo has won 7 show championships including wins at the Ponoka Stampede, the Grande Prairie Stompede and the Strathmore Stampede.  His horses have won four (4) Equine Outfit of Excellence Awards with his outriding horse "Benny" winning two of them.

Making his home in Hoadley, Alberta and nicknamed the "Hoadley Hornet", Motowylo's driver profile will now also read "2021 World Champion."  The race for a world title was competitive all year.  Layne MacGillivray led the way for a good part of the season and four (4) time world champion Kurt Bensmiller was always a threat to win it a 5th time.  Obrey Motowylo held a slight lead heading into the Wild West Chuckwagon Championships in Ponoka and one mistake over the first 3 nights could have cost him his first ever world championship.  As he was for most of the year, the Hoadley Hornet remained penalty free and consistent.  In the end he finished 23 points ahead of Kurt Bensmiller in the final World Standings.

Obrey Motowylo had some good success with horsepower to start the season in Dewberry and qualified for the $25,000.00 Dash for Cash against Kris Molle and Layne MacGillivray.  Even with his positive start to the season, it wasn't until after the High River show that things started clicking. الطفل انتوان   "I moved some horse combinations around after High River" he said, "the moves and being clean and consistent were key in the back half of the season." 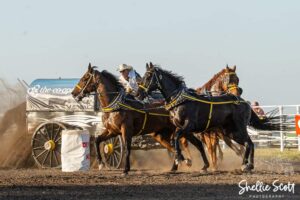 Motowylo started rebuilding his team when he sold 5 good horses to other drivers before the season started and in August. It was a tough decision however with new horses to his herd, he felt it was best to move some of the veteran horses to give the new ones an opportunity.  "I had some really good horses" he said, "It's always tough to move good horses but with the new ones I purchased last year, I had to give them a chance and not get overlooked."

With all the moves Motowylo has made he is now down to 19 horses and looking for 5 new ones.  He's really happy with his current wheel team and plans to move them up to the lead which will open up a couple of wheeler positions. Obrey looks for horses with speed and not so much their track record, because even if they have a good track record it doesn't mean they will work on the wagon. Once he finds his new horses, he might drive them in the fall.

When testing out new horses, Obrey will hook each new horse on a rubber tire chariot with one of his veterans to see if the new horse has enough speed. "The horses I buy off the racetrack are already fit" he said, "If the horse is not fast enough to keep up with my veteran horses then we train them to be an outriding horse. اون لاين روليت "