The WPCA Mourns The Loss Of Her Majesty, Queen Elizabeth II 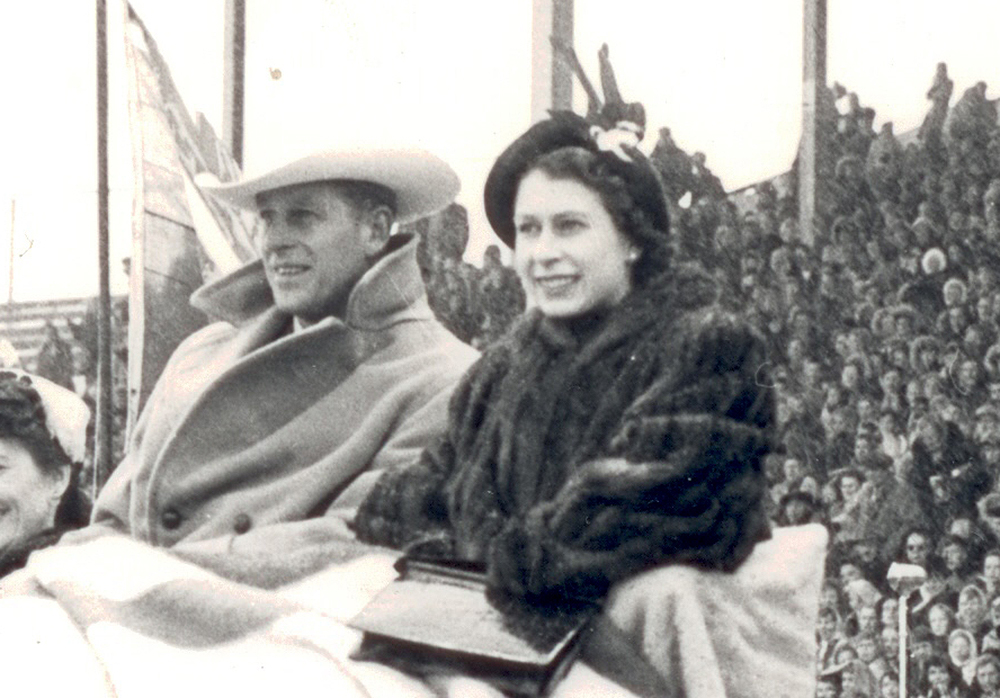 Her Majesty, Queen Elizabeth II
April 21, 1926 -  September 8, 2022
Despite cold wind, freezing temperatures, and heavy snowfall, Her Royal Highness, Princess Elizabeth (R) and her husband, Prince Philip, The Duke of Edinburgh (L), were all smiles as they watched the chuckwagon race during the Royal Winter Stampede on October 18, 1951.
Photo Courtesy of the Calgary Stampede Archives

The World Professional Chuckwagon Association was saddened by the peaceful passing of Her Majesty, Queen Elizabeth II, at Balmoral on Thursday. September 8, 2022, from natural causes at the age of 96.

Her Majesty The Queen's love for the equine world was one of her true passions since receiving her first horse at the age of 4 as a gift from her grandfather, King George V. The Queen has been breeding and racing horses for more than 60 years. In a 1945 edition of Life magazine, she was asked what she'd like to be when she grows up, and was quoted as saying, "I should like to be a horse."

Her Majesty The Queen saw her first Chuckwagon Race on October 18, 1951, when the Calgary Stampede staged an authentic Stampede program - the Royal Winter Stampede - for then Princess Elizabeth and Prince Philip, the Duke of Edinburgh who were touring Calgary.  The race featured chuckwagon drivers Ronnie Glass, Hank Willard, Marvin Flett and Johnny Hamilton. Despite the extreme cold, the Royal Couple maintained an intense interest in the Stampede events - in particular, the chuckwagon race.

Her Majesty Queen Elizabeth officially opened the 1973 Calgary Stampede, and again The Queen and Prince Phillip chose to take in the chuckwagon races. As was the case in their two previous trips to watch the chuckwagon races live, the Royal Couple were once again keen observers and thrilled to watch the Rangeland Derby. Chuckwagon driver Kelly Sutherland, who won the day money on the night the royal couple watched the races in 1973, presented a photo of Her Majesty Queen Elizabeth II and his Royal Highness, Prince Phillip, The Duke of Edinburgh watching the 1973 Rangeland Derby with great enthusiasm to the Duke and Duchess of Cambridge during their visit to Calgary in 2011.

On behalf of the WPCA, we express our deepest sympathy to the Royal Family.