MOLLE FAMILY COMING TO THE WPCA 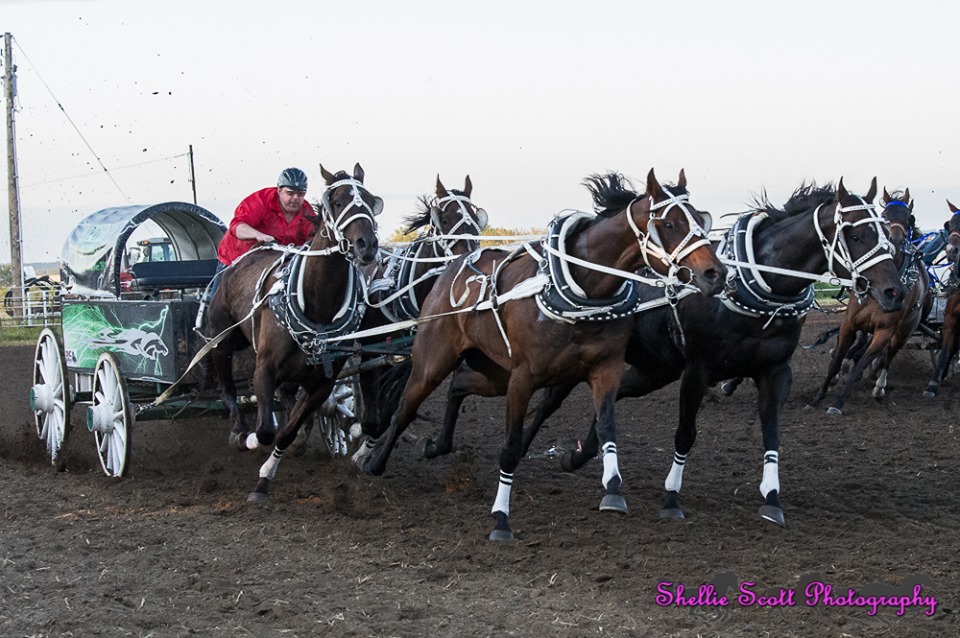 After spending the first nine years of his career on the Canadian circuit, Kris Molle and his family have decided to make the move to race on the WPCA Pro Tour presented by GMC.

Over his short career Kris has already won 15 Show Championships on the Canadian circuit and qualified for their championship final heat 5 consecutive years.

"It will be a huge learning curve for me and my family to come to the WPCA" said Molle. "There are more race days, more travel and all 36 drivers are tough competitors every night so we will need to make some adjustments."

Knowing he will need the horse power to compete on the WPCA Pro Tour, Molle will come with 45 horses including some new ones that will require more training. "In the CPCA I raced two wagons ever night so it allowed me to work in more horses" said Molle. "I will definitely be up in the mornings training new horses during track time."

Track time is a scheduled time frame in the mornings during the race season when drivers train new horses and try to create the best combinations.  Joining Kris in the mornings to ride some outriding horses will be his 16 year old son Kaeden who is looking to start an outriding career.  Kaeden will start outriding next summer when his dad is on the three and four barrel positions.

Kaedens sister Blake Molle was a trick rider and now focuses on barrel racing. Blake will be going professional in 2020 and with a number of the pro rodeos aligned with the WPCA races, the Molle family looks forward to Blake entering some events.

Branded as CIRCLE M STABLES RACING, the team is led by Kris' wife Wendy who also barrel races in associations across Alberta and Saskatchewan.  Wendy is focused on helping Blake get ready for competition and plays a major role in helping with the horses, making meals for the barn crew and family and lends a helping hand wherever needed.

Kris says he looks forward to racing in front of big crowds and against some of the big names in the sport who have etched their name in wagon racing history.

Kris Molle will make his WPCA debut when the 2020 WPCA Pro Tour kicks off at the Grande Prairie Stompede on May 27th.