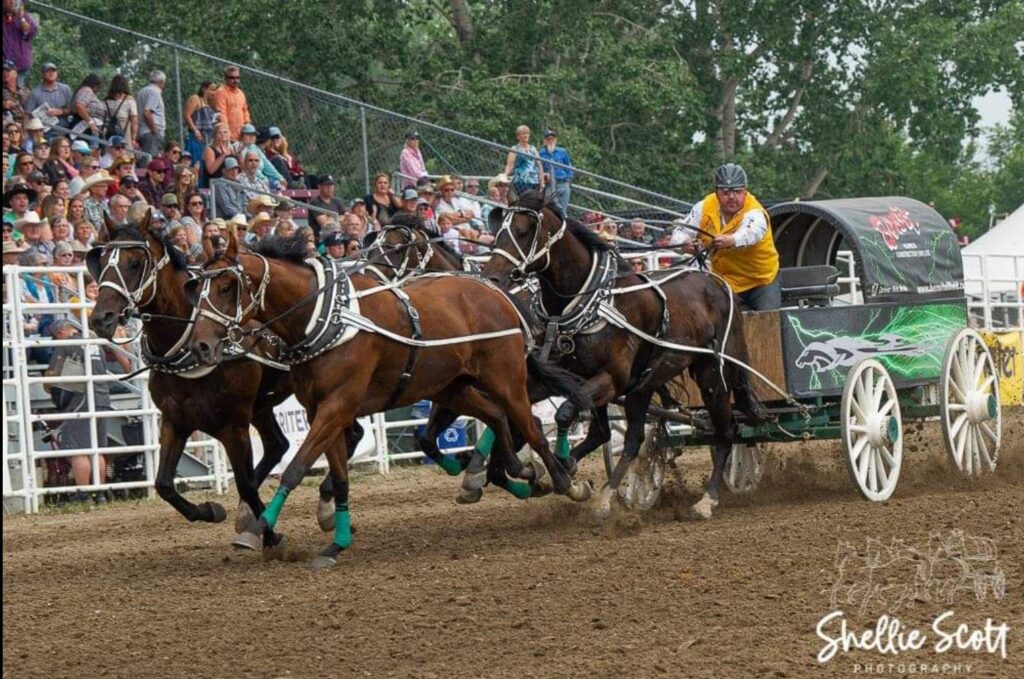 Kris Molle was expected to make his WPCA Pro Tour debut in 2020, however, with Covid-19 forcing the cancellation of the race season, the Chauvin, Alberta driver's arrival was delayed.  Now with the 2021 race season complete, Molle reflects on 2021 and prepares for 2022.

At the conclusion of the 2019 race season Kris Molle and his family made the decision to pursue a spot on the WPCA Pro Tour.  Prior to deciding to join the WPCA Kris consulted some of the drivers who had raced with him on the Canadian circuit and were now in the WPCA to get their opinions. "Vern Nolin and Chance Bensmiller were both a big influence on me coming to the WPCA" says Kris, "My wife Wendy and I were looking for a change and with our daughter Blake wanting to get her pro card as a barrel racer and some of her rodeos aligned with the WPCA shows and our son Kaeden outriding, we thought it was a good way to keep doing things as a family."

Kris started the 2021 WPCA Pro Tour in Dewberry, AB with the same team of horses he had in 2019 during his last year with the CPCA.  It didn't take long for Kris Molle to make an impact on the WPCA as he qualified for the $25,000.00 Dash for Cash against Obrey Motowylo and Layne MacGillivray in what would kick off the first of five Dash for Cash final heats in 2021. Outriding for Kris in the championship dash and throwing stove was his son Kaeden who was in his rookie season as a WPCA outrider.

Kaeden wasn't going to ride in the dash because he didn't want to take a penalty" says Kris, "I told him he got me here and we are going to finish this together." Kris drew the number 1 barrel position and won the race by 17/100ths of a second, however, a 2 second outriding penalty by Kaeden for missing a barrel cost him the cash.  Disappointed, Kaeden met his dad back at the barn and said "we just lost $25,000.00." Kris replied "you can't lose something you don't already have" then they moved on to the next event in High River.

With over $150,000.00 in prize money up for grabs in High River, the Molle family was ready to rebound and shoot to qualify for the Battle of the Foothills Dash for Cash.  Outriding penalties cost Kris once again and his son Kaeden was questioning whether he should continue.  "Kaeden was talking about wanting to quit after taking penalties in High River" Kris says,  I told him you cant quit, you're riding until you are 18 and you need to get out and learn from this and celebrate success with people." 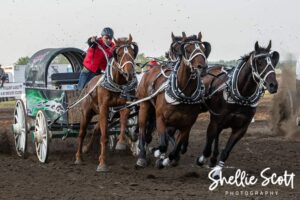 Not long after Kris picked up a horse from fellow driver Chad Fike.  The horse was a good fit for Kaeden and it helped build up his confidence again. "He had some growing pains but never missed a beat the back half of the season" Kris said, "having my son outride for me was the biggest highlight of the year and I'm looking forward to next year when he comes back."

One of the changes the Molle family would have to adapt to in their move from the CPCA to the WPCA was the travel.  "The biggest challenge was being on the road" he said, "in the CPCA we could go home every weekend and turn the horses out but in the WPCA with the travel schedule we had to stay on the road longer."

When asked about his favorite WPCA show Kris hesitated then said, "I haven't seen them all yet and most people would probably say Ponoka but I liked Dawson Creek and the little fair they put on up there, the heritage type events and it's very nice country."

Kris Molle was pleased with his 4th place finish in the world standings but knows he needs more horsepower to be competitive against a tough group of drivers in 2022.  "We enjoyed the season and are happy to finish like we did but the drivers in the WPCA are all competitive and wanting to be number one too.  We need a stronger lead team and a good wheel horse for the 2nd outfit."

Kris has already purchased 5 new horses to keep building his team. His plan is to start driving the new ones within the next 2 weeks.  He will drive them 10 times in the fall then another 10 times after Christmas.  If things work out according to plan Kris will hook the new horses in full four horse teams after spring training.

When asked to sum up his first year on the WPCA Pro Tour Kris said "I heard a lot of good things about the WPCA and my whole family is extremely happy to be part of it.  I have to thank all the sponsors who helped me get down the road and the fans who cheered me on."