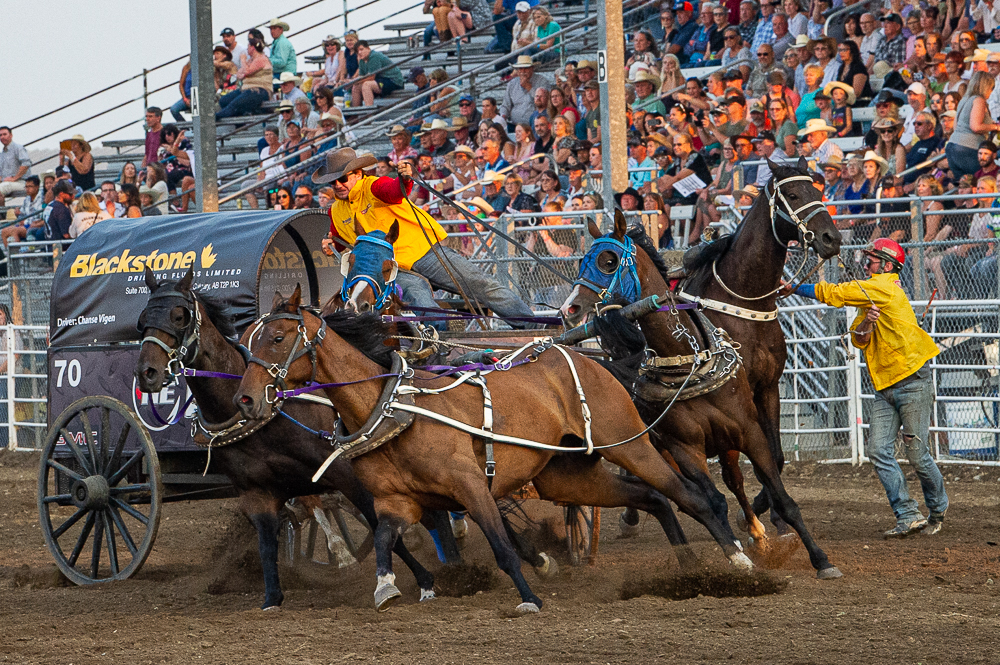 After a successful run at the Dewberry World Chuckwagon Races, the WPCA Pro Tour embarked on the Town of High River for the first of two consecutive weekends and the first running of the Battle of the Foothills. Weather and racetrack conditions were ideal and cars were lined up for miles as spectators were eager to watch the best of professional chuckwagon racing. When the sun settled on High River, Chanse Vigen emerged as the day money winner with a penalty free run of 1:18.57.

Coming off barrel number 4 in the 5th heat, Vigen – driving the Blackstone Drilling outfit – placed first on the night by 21 one-hundredths of a second over Vern Nolin to win the day money. Dustin Gorst placed third, with Chanse Vigen’s second outfit and Kris Molle rounding out the top five for the night.

Day 2 of the Battle of the Foothills can be heard live on WPCA Radio on Saturday night, July 17, 2021 starting 9:00pm Eastern, 8:00pm Central, and 7:00pm Mountain time on Rural Radio on SiriusXM Channel 147 Satellite Radio.