WPCA Saddened By The Passing Of Former Competitor Ralph Buzzard 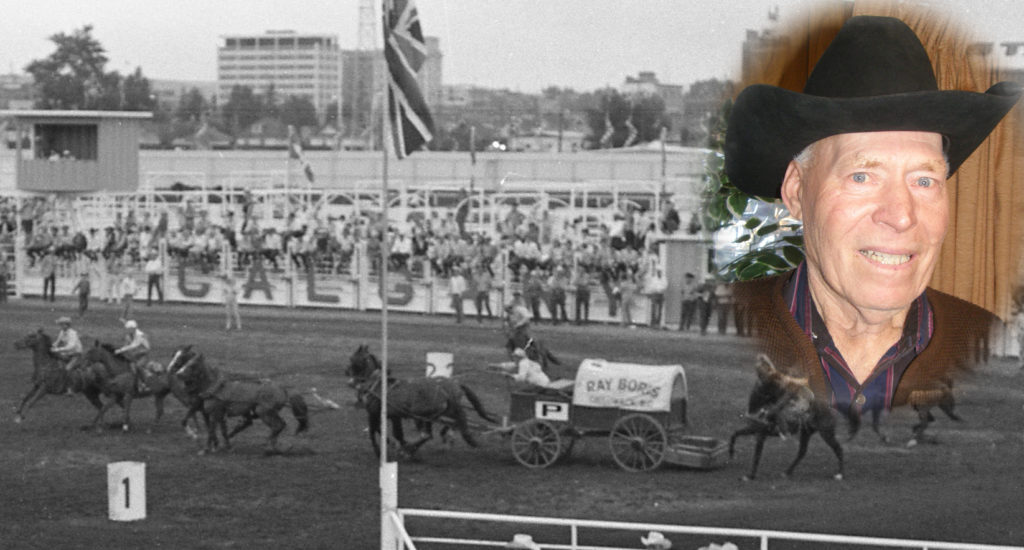 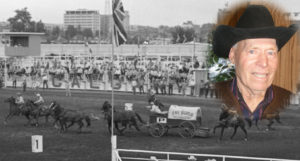 The World Professional Chuckwagon Association is mourning the passing of former Chuckwagon Driver and Outrider Ralph Buzzard on Tuesday, February 11, 2020 at the age of 91 years.

Ralph started his chuckwagon career back in 1950 as an outrider for Bob Heberling. In just his first year as an outrider, Ralph was part of Bob Heberling's outfit that won the 1950 Calgary Stampede Rangeland Derby Championship. The following year in 1951 former driver Scotty Ross got Ralph started driving chuckwagons, and he competed as a driver at the Calgary Stampede for the first time in 1952.

In 1953 Ralph had his best overall placing at the Calgary Stampede placing 4th, and following Calgary he won his first show as a chuckwagon driver two weeks later at Lacombe. He finished the year in 6th place in the Word Standings.

In 1954 Ralph won 3 times at Byemoor, Lloydminster and Red Deer, and competed in the final heat at the Calagry Stampede against Hank Willard, Bill Greenwood and Buster Newman. He placed 5th overall at Calgary that year and placed in the top ten overall in the World Standings for the second consecutive year finishing 8th. He won his first day money at the Calgary Stampede in 1956, and took a break from driving chuckwagons between 1957 and 1967.

Ralph returned to the Calgary Stampede in 1968 driving the Ray Boris outfit out of Chilliwack, British Columbia, but didn't return again until 1972. In 1973 he won again in Bassano, placed 6th overall at the Calgary Stampede, and won the biggest show of his career at the Cheyenne Frontier Days later that summer. He won the last show championship of his career at Lake McGregor in 1974 and retired after the 1976 season.

In addition to chuckwagon racing, over his lifetime Ralph was involved in rodeo, chariot racing and thoroughbred racing winning many awards along the way.

A funeral service will be held on Thursday, Feb 20th at Lord of All Lutheran Church (112 Lakeside Blvd in Strathmore) at 11:00 a.m. A Graveside Service will take place at the Rosebud Cemetery on Fri, Feb 21st. In lieu of flowers, donations may be made to a charity of your choice.

Ralph will be missed by all in the WPCA, and we extend our sincere condolences to the Buzzard family.