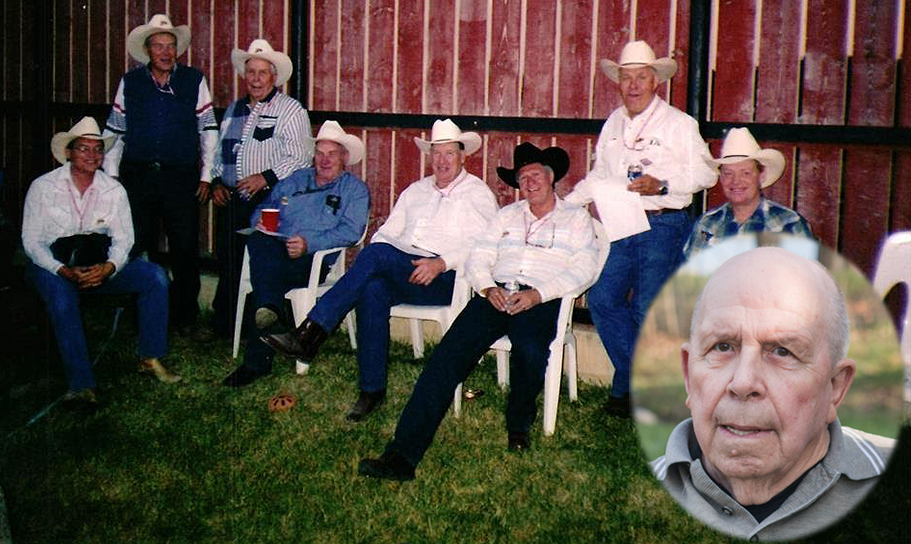 The World Professional Chuckwagon Association is grieving the loss of former chuckwagon outrider and Calgary Stampede Chuckwagon Judge Colin Grant on Saturday,October 29, 2022, from natural causes, at the age of 85.

Colin was born at the Holy Cross Hospital in Calgary and raised in Standard, Alberta. He started his chuckwagon career in the 1950's helping chuckwagon driver Phil Gooch, who was keeping and training his chuckwagon horses at the farm of Colin's future father-in-law, Neal’s McMillan, in Gleichen, Alberta. In 1959, Colin competed for the first time as an outrider for Phil Gooch at the Calgary Stampede, and that fall he married Dorinne McMillan in Gleichen. They welcomed their first child - son Greg - in 1960, and soon after Colin began to outride for many of the other top wagon drivers of the day. When Colin and Dorinne were blessed with their second child - daughter Kim - in 1964, Colin promptly retired from outriding.

Fifteen years after retiring from active competition, Colin received a call from his friend and fellow outrider Norm Haynes who was now the head chuckwagon judge at the Calgary Stampede. A number of changes occurred at the Calgary Stampede, and they needed some experienced chuckwagon people to judge the Rangeland Derby starting In 1979. Colin accepted the offer to judge from Norm Haynes, and for nearly 30 years Colin Grant was a dedicated member of the Calgary Stampede Judging Team. When Colin's wife Dorinne was diagnosed with cancer in 2006, Colin retired from judging, and sadly, cancer took Dorinne away from their home in 2008. Colin remained a fan of the chuckwagon races for the remainder of his life.

A Celebration of Colin’s Life will be held on Saturday, November 12, 2022, at Hope Community Covenant Church (245 Brent Blvd, Strathmore, AB T1P 1W4) at 1:00 p.m. Family and friends are encouraged to come share memories during the celebration. If desired memorial donations may be made directly to the Alberta Parkinson Association (120, 6835 Railway St SE, Calgary, AB T2H 2V6).

Colin will be missed by all in the WPCA, the chuckwagon community in general, and we extend our sincere condolences to the Grant family.