WPCA Honors Those Who Achieved Greatness In 2019 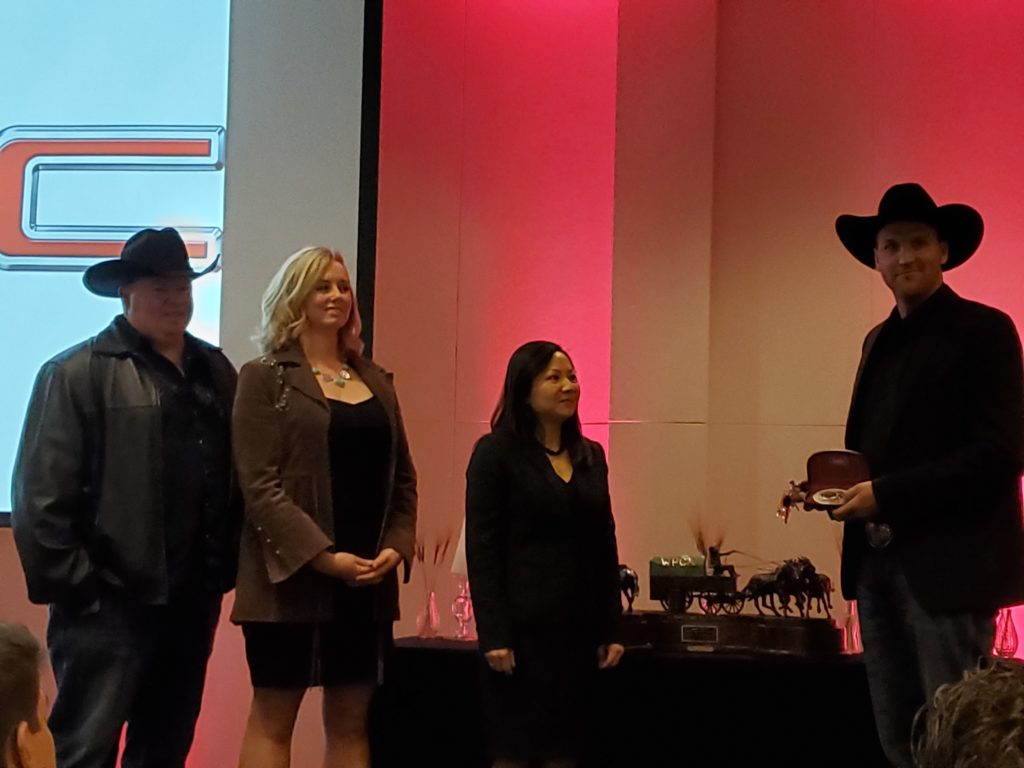 A night of celebration took take place on October 26th at the Grey Eagle Casino in Calgary with the 39th annual World Professional Chuckwagon Association (WPCA) Awards Gala that honored those who achieved greatness this past season, as well as those who have contributed to the growth and prosperity of the most exciting professional sport in the world today.

The evening was a tremendous success, with one of the highlights being the video presentations highlighting the 2019 season and all the champions who were well received by a near capacity crowd.

The Jim Bottomley Trophy given to the WPCA Chuckwagon Person of the Year is the WPCA’s highest annual honor. This year’s recipient being WPCA Marketing Manager Bryan Hebson receiving the prestigious award.

The George Normand Lifetime Builder's Award was given to former driver Jerry Bremner who accepted the award in an emotional speech.

Wendy Daniel (L) of the Ranchmans Cookhouse and Dance Hall presents a commemorative statue to former driver Hugh Sinclair (R) for being recognized with the 2019 WPCA Special Tribute Award.
Photo By Fred Vidiuk

Britt and Doug Irvine on behalf of his horse “NIGHTLY,”

Logan Gorst on behalf of his horse "JACK,"

The event, hosted by track announcer Jodi Hughes was a tremendous success, and congratulations to all the 2019 champions and award winners.