Vern Nolin Wins The Battle Of The Rockies Championship 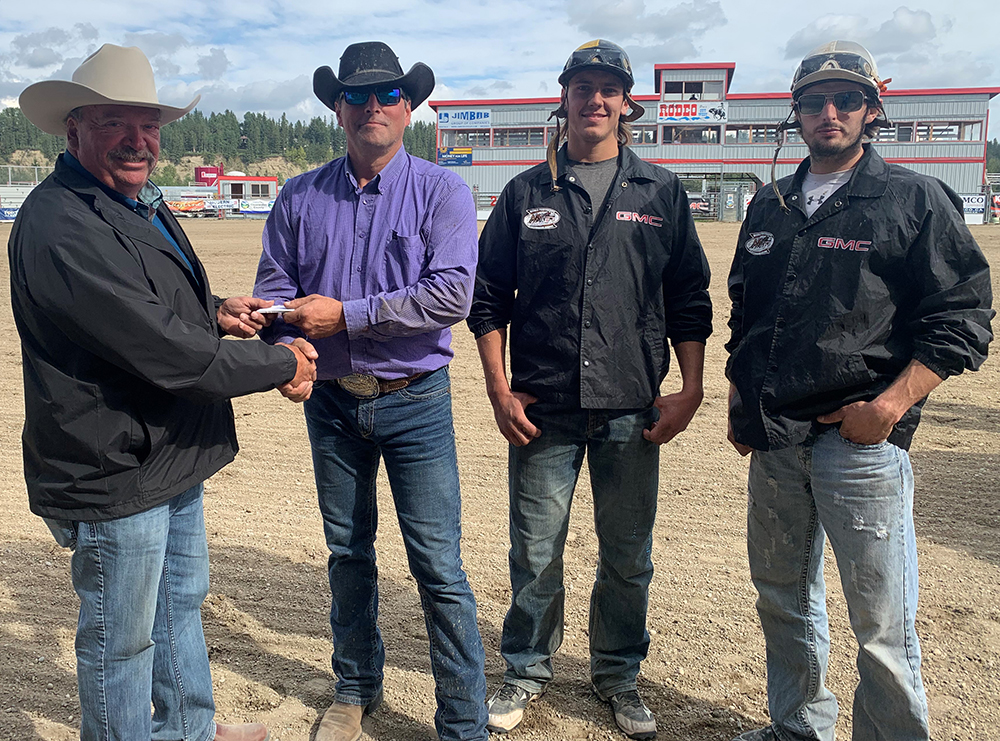 It looked like an afternoon storm might dampen the final day of the Battle of the Rockies, but Mother Nature co-operated and the day turned to a warm and windy afternoon in Rocky Mountain House. The chuckwagon races wrapped up during a Sunday matinee performance and when the times were tabulated, it was Vern Nolin, driving the McCaw's Drilling & Blasting Ltd. outfit, and along with outriders Ethan Motowylo and Brendan Nolin who won the championship after posting the best 3-day aggregate time of 3:48.94. It’s the first win for Vern Nolin since capturing the Ponoka Stampede in 2018.

Nolin, who started the day in third place overall, posted the fast time of the week and made a big jump to the top of overall aggregate standings to capture the championship. Nolin’s three-day aggregate time was 1.05 seconds faster than 2021 Bonnyville Chuckwagon Championship champion Kurt Bensmiller who finished in the runner-up position. 2021 Battle of the North Champion Obrey Motowylo, looking for his second consecutive victory in as many weeks placed third, while Kurt Bensmiller’s other wagon and defending champion Wade Salmond made out the top five overall after four runs.

As mentioned previously, Vern Nolin was the best of the afternoon and the week after he drove his rig to a first place run with a 1:15.95. Kurt Bensmiller’s second wagon was second, rookie driver Chance Thomson was third, Chad Fike placed fourth, and Kurt Bensmiller’s number one wagon filled out the top five wagons on the day.