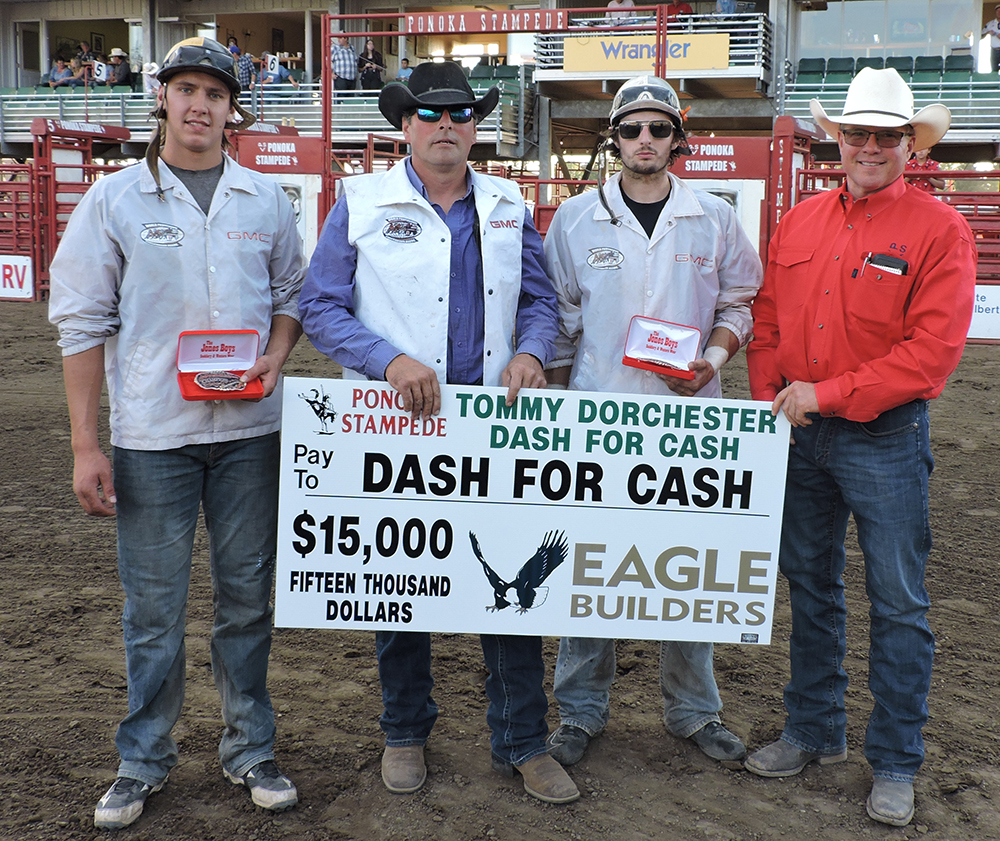 In a highly anticipated $25,000.00 Championship final heat at the Ponoka Stampede Wild West Chuckwagon Championship, Vern Nolin, Dustin Gorst, Evan Salmond and Kirk Sutherland would run for the championship at one of chuckwagon racing’s most prestigious events on the WPCA Pro. On one of the most exciting race nights of the year, Vern Nolin – driving the McCaw’s Drilling & Blasting Ltd. outfit, and along with outriders Ethan Motowylo and Brendan Nolin collected the first-place winner’s cheque and the 2021 Ponoka Stampede Wild West Chuckwagon Championship. It was the second Ponoka Championship for Vern Nolin in the past 3 seasons who was also the Ponoka Aggregate Winner for the third consecutive season.

As far as day results go, Kurt Bensmiller’s Irvine’s Tack & Western Wear outfit, grabbed his second consecutive day money after posting the fast time of the week with a 1:12.47 from barrel number four in the first heat. Chanse Vigen placed second, Chance Bensmiller placing third, with Kris Molle and Vern Nolin filling out the top five on the final night of the season.

Congratulations to the 2021 World Champions, driver Obrey Motowylo and outrider Hayden Motowylo, and many thanks to all the corporate partners, broadcast partners, support staff and chuckwagon fans all along the 2021 WPCA Pro Tour. Enjoy a safe and prosperous off-season, and we will see you all in 2022.