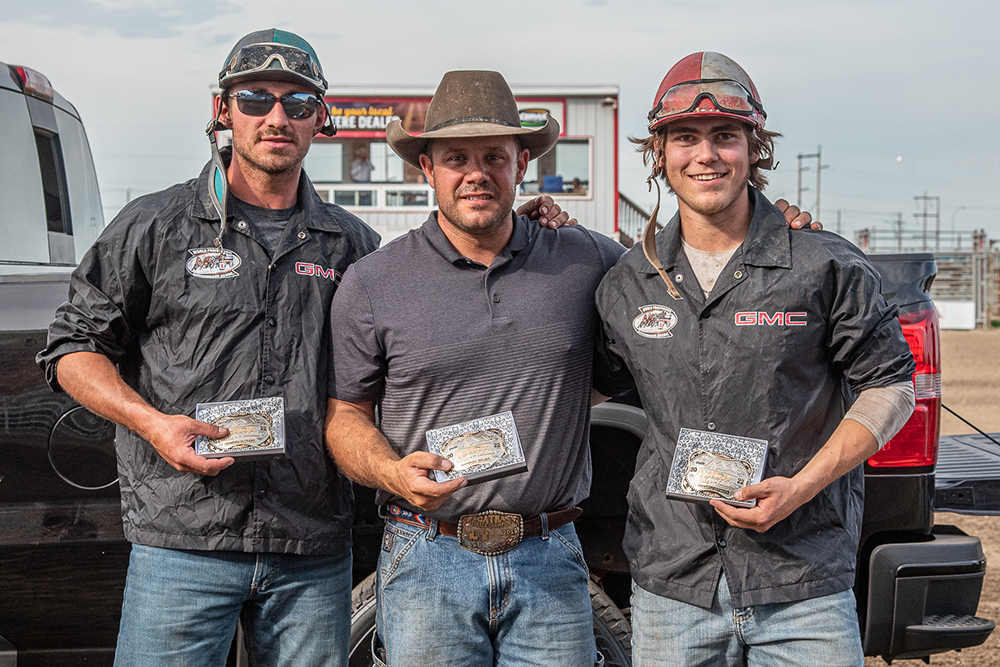 A successful Battle of the Foothills wrapped up on a beautiful Sunday afternoon in High River, Alberta. When the times were tabulated, it was Rae Croteau Jr., driving the White Owl Whiskey outfit, and along with outriders Tyson Whitehead and Tyler DeSutter, who took the championship after posting the best 4-day aggregate time of 5:10.46. It’s the first time Croteau has won the High River crown, and the first WPCA Tour show championship win for outrider Tyler DeSutter.

As far as day times went, Rae Croteau Jr.’s White Owl Whiskey outfit, had the best time on the week with a run of 1:15.65 from barrel number 3 in the 10th heat. Second place went to Layne MacGillivray in the 10th heat, followed by Kris Molle, Troy Flad and Mark Sutherland completing the top five wagons on the day.