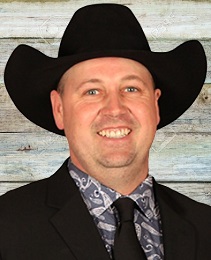 Prior to joining the WPCA, Kris enjoyed a very prosperous career on the CPCA circuit where, in just 9 seasons, he won 12 CPCA show championships, qualified for the championship final heat for the CPCA Championship five consecutive years, was the CPCA's Top Rookie Driver in 2011, the CPCA's Most Improved Driver in 2012, and was the recipient of the CPCA Family of the Year in 2011. Kris won the Orville Strandquist Memorial Award as the Calgary Stampede’s Top Rookie Driver in 2014, in 2018 his horse “IKE was named Champion Left Leader on the Calgary Stampede’s Equine Outfit of Excellence, and he ended the year as the CPCA's High Point Driver.

Kris started driving pony chariots at the age of 14 and by age 16 he was driving pony chuckwagons. He twice won the North American Pony Chuckwagon Championship before moving to the thoroughbred wagons after the 2010 season. A certified farrier and equine dentist, Kris’ off-season interests include hockey, hunting and horses, and works as Lead Operator for Repsol Oil & Gas Canada. Kris and his wife Wendy have 2 children – Kaeden and Blake - and make their home in Chauvin, Alberta.