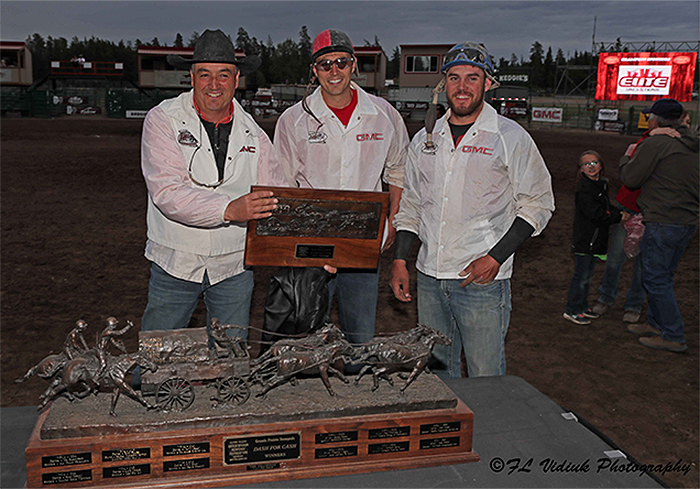 It was great racetrack and a highly anticipated final day at the Grande Prairie Stompede with $25,000.00 and the 2019 Grande Prairie Stompede Championship on the line. In what was truly an exciting chuckwagon race, Luke Tournier – driving the Barrack Energy Services Outfit, and along with outriders Chance Flad and Quaid Tournier, captured the first show of the 2019 WPCA race season.

As far as day results go, Mike Vigen had the fast time on the night with a 1:16.28. 2019 Grande Prairie Champion Luke Tournier had the second fastest time on the night, with Evan Salmond, Kurt Bensmiller and Darcy Flad filling out the top five on the final night.

The WPCA Pro Tour presented will move on to Saskatoon, Saskatchewan for the running of the Saskatoon World Chuckwagon Races presented by Dakota Dunes Casino starting on Thursday, June 6 and running through to Sunday, June 9, 2019. Kurt Bensmiller is the defending champion, and live coverage can be heard starting Thursday night, June 6, 2019 at 9:00pm Eastern, 8:00pm Central, and 7:000pm Mountain time on Rural Radio on SiriusXM Channel 147 Satellite Radio, Country 99 in Bonnyville, and Real Country 910 starting at 9:30pm Eastern, 8:30pm Central, 7:30pm Mountain Time.