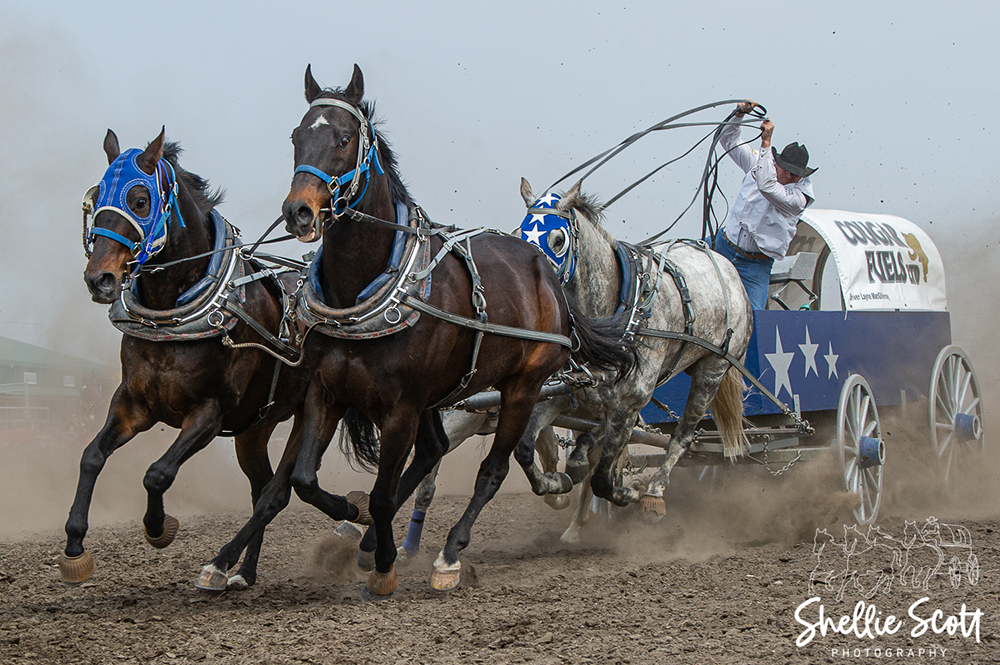 After some afternoon rains in the Calgary area, night 4 of the Century Downs World Chuckwagon Finals was run on a slower racetrack, but the enthusiasm of the drivers and the chuckwagon fans was not dampened at all. There was a lot on the line in many different areas on Saturday night as a few awards were handed out prior to Sunday’s Century Downs "Winners' Zone" Championship Final Heat.

Kris Molle finished in first place in the Century Downs "Winners' Zone" Championship Playoff round after collecting 52 points. Chad Fike was second with 48 points, followed by Obrey Motowylo with 40 points. Ross Knight and Chanse Vigen were all tied for the fourth and final spot in Sunday’s Championship Final, but Knight got the nod on the strength of having the best 4 day aggregate time among the two tied drivers. It’s the second year Chanse Vigen lost out on a spot in Sunday’s final through the tiebreaker Layne MacGillivray, Kurt Bensmiller, Doug Irvine, Kirk Sutherland, Vern Nolin, Jason Glass and Rae Croteau Jr. were the other drivers who also qualified for the playoff round. 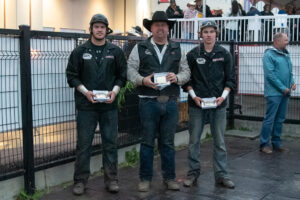 Kris Molle, driving the Chariot Express outfit, and along with outriders Hayden Motowylo and Kaeden Molle won Century Downs Racetrack and Casino Aggregate Championship. Molle and crew captured the Aggregate portion of the Century Downs World Chuckwagon Finals after posting the best 4-day aggregate time of 5:39.31. That put him 1.84 seconds faster than Chad Fike, with Obrey Motowylo, Ross Knight and Mitch Sutherland filling out the top five in the overall aggregate standings.

On the night, Chad Fike and his Propak Systems Ltd. rig had the fast time after posting a run of 1:25.84 from barrel number 1 in the 8th heat. Kris Molle placed second from the same 8th heat, with Obrey Motowylo, rookie driver Cruise Bensmiller and 2022 World Champion Chuckwagon Driver Layne MacGillivray making out the five fastest times on the evening.

The final day of the final stop of the 2022 WPCA Pro Tour at the Century Downs Word Finals can be heard live on Sunday afternoon on Real Country 910am, or or seen on the Cowboy Channel + Streaming App, starting at 4:00pm Eastern, 3:00pm Central and 2:00pm Mountain Time.