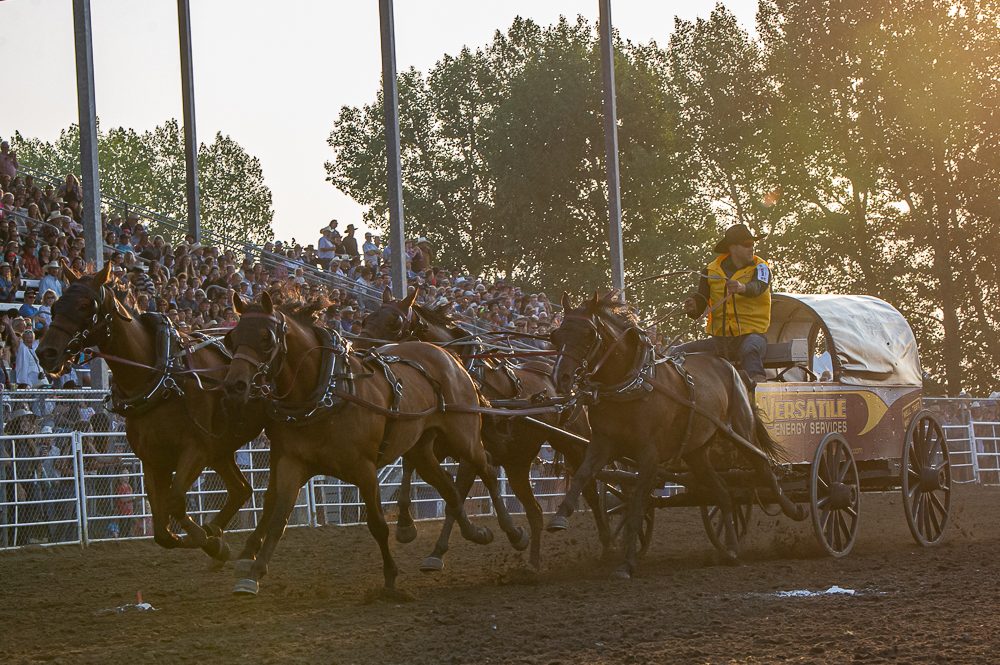 For the second consecutive day, chuckwagon-starved fans lined up on the highway for miles and eventually stormed the fair grounds in High River, Alberta desperate to see professional chuckwagon racing at its finest at the Battle of the Foothills.

Night 2 races were run under sunny skies with very good racetrack conditions and temperatures at a very comfortable 26°C. When the night was complete, Kurt Bensmiller emerged as the day money winner with his second wagon and a penalty free run of 1:17.44.

Coming off barrel number 4 in the 5th heat, Bensmiller – driving the Irvine’s Tack & Western Wear Outfit outfit – placed first on the night by 80 one-hundredths of a second over Vern Nolin. Bensmiller’s number one wagon placed third, with Jordie Fike and Kirk Sutherland rounding out the top five on the night.

Day 3 of the Battle of the Foothills can be heard live on WPCA Radio on Sunday night, July 18, 2021 starting 9:00pm Eastern, 8:00pm Central, and 7:00pm Mountain time on Rural Radio on SiriusXM Channel 147 Satellite Radio.