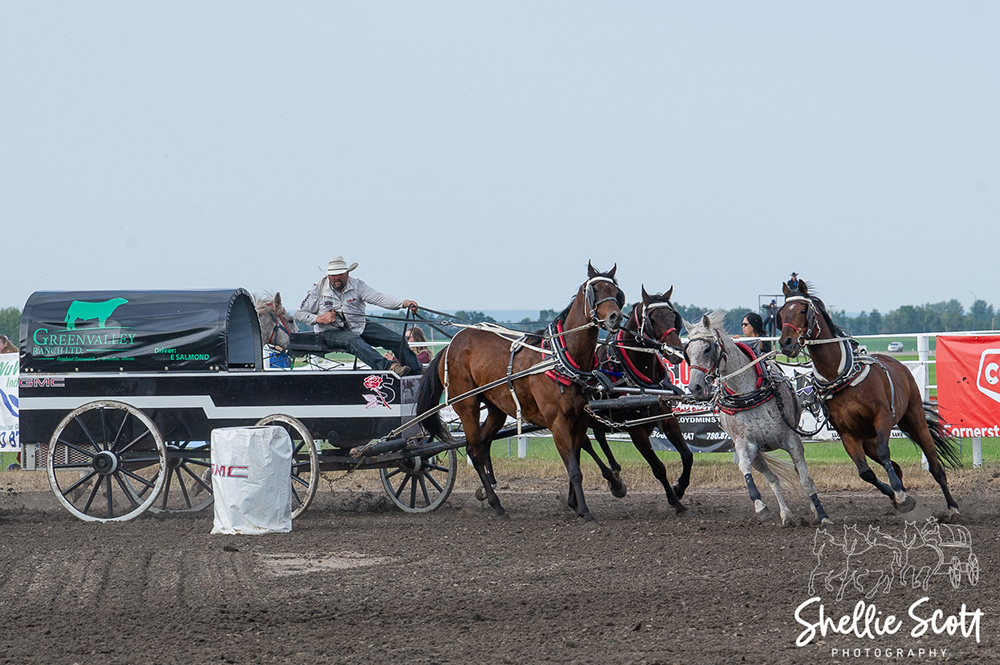 After an unscheduled night off due to an unsettled weather cell, the WPCA Pro Tour resumed Saturday night with night 1 of the Dewberry World Chuckwagon Races. Racetrack conditions were very good, and some outstanding chuckwagon races were witnessed by a near capacity crowd. When the night wrapped up, Evan Salmond, driving in place of Roy Romanow, had the fast time of the night with a penalty free run of 1:09.06.

The aggregate has been shortened to a single run, where the top 3 drivers on Saturday night will go into Sunday’s championship final heat. The winner of Sunday’s final wins the 2022 Dewberry World Chuckwagon Races Championship. The championship final will feature Evan Salmond, Vern Nolin and Kris Molle, while defending champion Layne MacGillivray missed out by just 31 one-hundredths of a second.

The finals of the Dewberry World Chuckwagon Races will conclude tomorrow afternoon at 2:00pm local time.