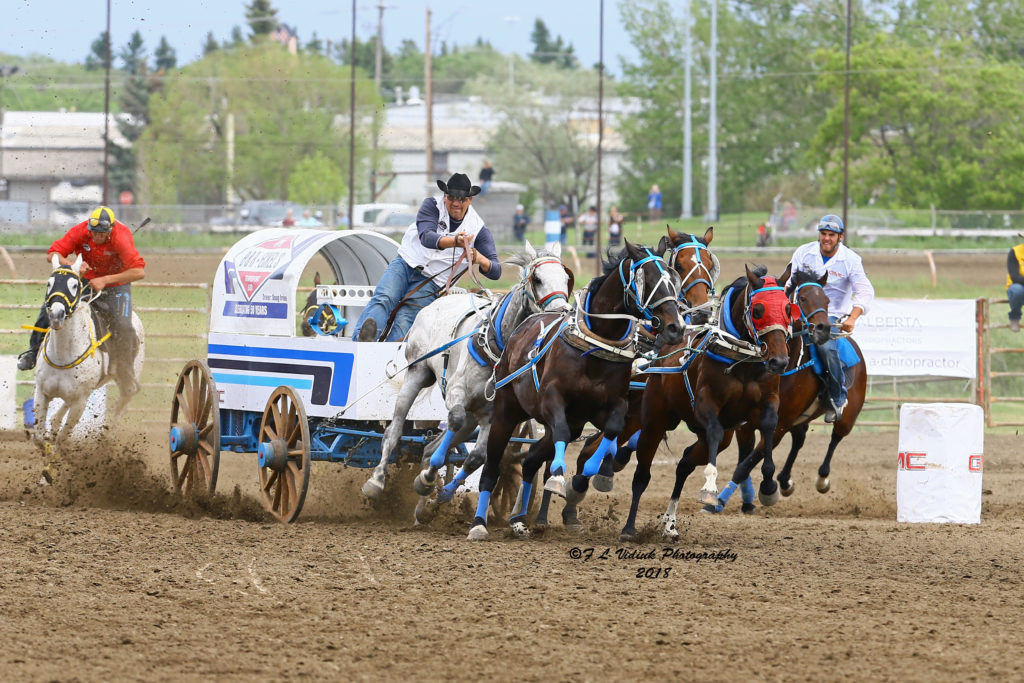 Driver Doug Irvine has always been consistent. In 2020 he hopes to be consistently running up front every weekend.

He's been driving chuckwagons since his CPCA days back in 1998 and ever since his move to the WPCA in 2003, Doug Irvine is a household name. The quiet veteran out of Bonnyville, Alberta has carved himself quite a career not only in the driver's box but as an outrider as well.

During his outriding career, Irvine filled his display case with numerous awards and show wins including three Calgary Stampede Aggregate runs, two Ponoka Stampede titles and he was even an outrider for the legendary Kelly Sutherland and his 2010 Calgary Stampede Rangeland Derby victory.

Outriding certainly gave Irving a different perspective on the track which in turn, helped him in the box. "When you're outriding, you're watching everything. I think it gave me a better vision and understanding of the whole sport," Irvine explained. "So you could just kind of sit on the outside and get a feel for the track, and where the running was for your heat. It kept me in shape and gave me the ability to break outriding horses. I still get on a lot of new ones in the spring before I get to the shows."

Last season, Irvine finished 18th in the final World Professional Standings. He's looking to improve on the positioning this season and the best way to get better is to bring in fresh legs. Irvine went to West Virginia to get some new members on his team. He brought back a total of seven horses.

Irvine's driving resume is just as impressive as his outriding one. He's one the Ponoka Stampede, the Battle of the Rockies, Medicine Hat Exhibition and Stampede, and the Guy Weadick Days. Two horses from his barn have been honoured with the WPCA Equine Outfit of Excellence (2016 and 2019), and he also added the Herman Flad Memorial Award as the WPCA's Most Improved Driver in 2015. It's quite a list of accomplishments, but Irvine wants more.

"I want to win them all," Irvine declared. "So every time I hook, I'm looking to win. Bonnyville would be great to do some damage at. I also won Ponoka once before and that one for me was huge."

A typical race day for Irvine is pretty simple. "I feed the horses at the same time every morning. At about 8:30 we turn them out and let them stretch, move around and play," he describes. A few hours before the race, he lets them out once more to see how they feel.  Irvine typically makes his decision on who he'll hook the night before, but one of them isn't acting normal, he'll quickly make a change.

Amid all the chaos in the world right now, Irvine still has his sights set on starting the season off with a victory in Grand Prairie at the end of May.