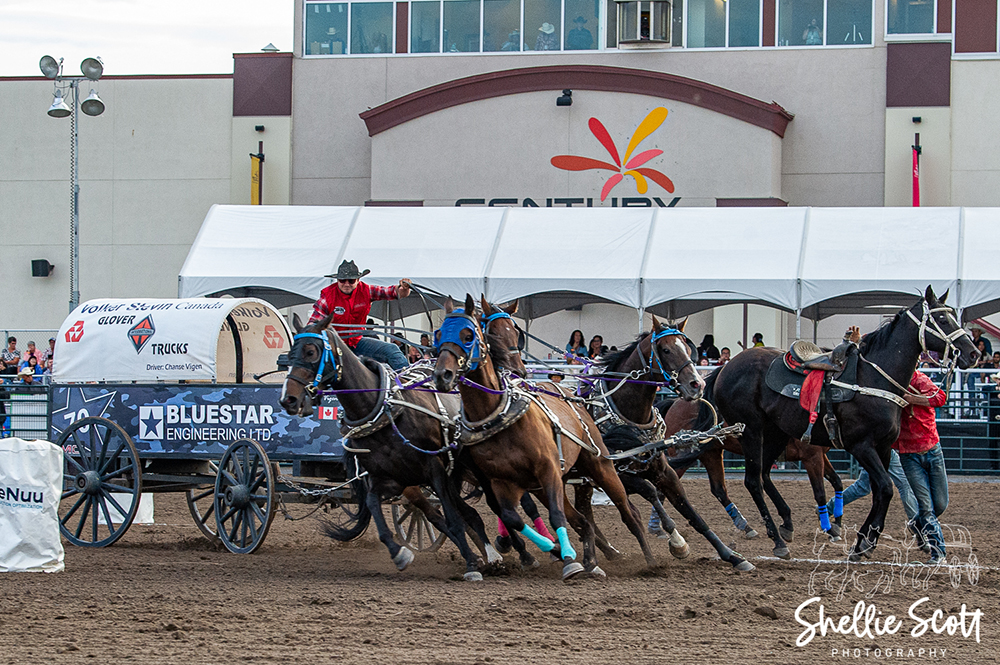 On the night, Chanse Vigen’s Volker Stevin/Glover International Trucks outfit posted a 1:22.92 from barrel 2 in heat number 7. That was 27 one-hundredths of a second faster than Codey McCurrach who placed second overall on the night. Kris Molle placed third, Mitch Sutherland was fourth, with Ross Knight filling out the top five on the night.

For the 36 drivers who are racing for the Aggregate Championship at the Century Downs World Chuckwagon Finals, Kris Molle now leads the overall aggregate standing with a three-run total of 4:12.96. That puts him 1.73 seconds ahead of Mitch Sutherland, with Ross Knight, Chance Bensmiller and Chad Fike filling out the top five. The driver posting the best 4-day aggregate time after Saturday’s run will be the Century Downs Racetrack and Casino Aggregate Winner