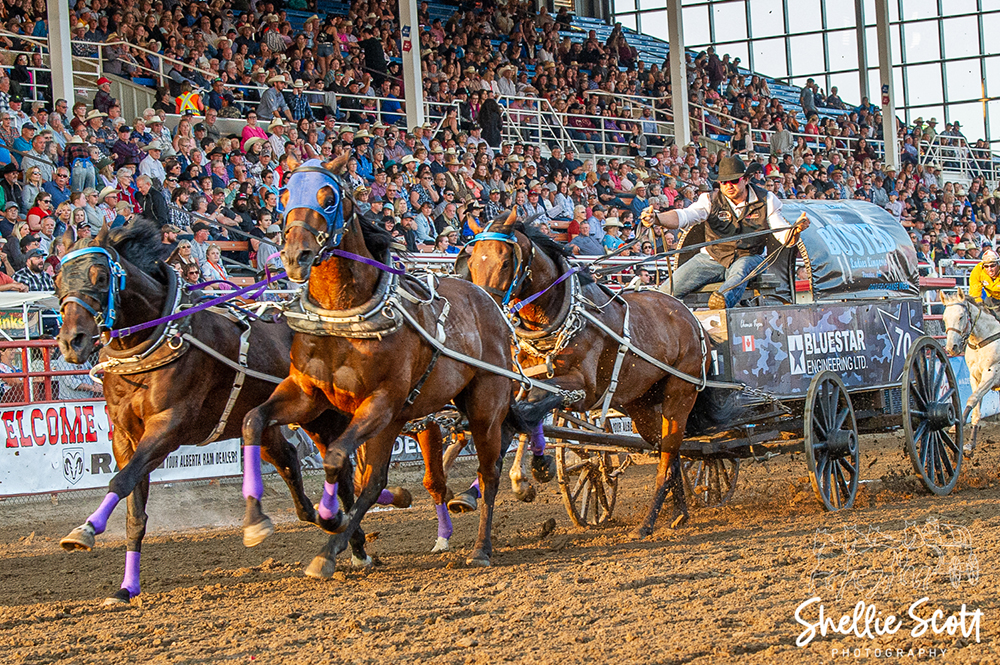 Weather and racetrack conditions were much improved as night 3 of the Ponoka Stampede was run in front of a capacity crowd. When times were tabulated, Chanse Vigen won top money after posting a penalty free run of 1:16.73. It’s the second day money run in 3 days for Vigen who won first place on opening night.

Coming off barrel number 3 in the 7th heat, Vigen - driving the Busted Ladies Lingerie outfit - placed first on the night by a large 92 one-hundredths of a second over Kurt Bensmiller who placed second also running in heat number 7. Jordie Fike placed third, Kris Molle was fourth, with former Ponoka Stampede Champion Kirk Sutherland filling out the top five on the day..

With just one run to go to try and make the top eight, two-time Ponoka Stampede Champion Kurt Bensmiller moved into first place overall in the aggregate standings with a three-run total of 3:55.36. That puts him just 7 one-hundredths of a second ahead of Jordie Fike who continues to hold onto second place overall. Chanse Vigen moved up into third, with Obrey Motowylo and Troy Flad not far behind. Mitch Sutherland, Chance Thomspon and Kelly Morin’s outfit, which is being driven by Doug Irvine, fill out the top 8, with Ross Knight and Rae Croteau Jr. just on the outside looking in.