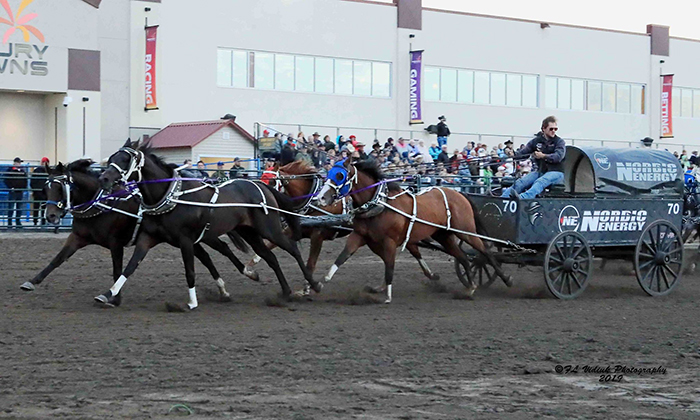 It was another perfect day weather wise and racetrack were fast once again as night 2 of the Battle of the North at Mile “0” of the Alaska Highway in Dawson Creek, British Columbia was run on Thursday evening. When the dust finally settled, it was Chanse Vigen who took the top time after a penalty free run of 1:13.06.

From barrel number 3 in the 7th heat, Vigen’s Norweld Industries outfit was the top wagon of the night by 65 one-hundredths of a second over Kurt Bensmiller who placed second on the night. Obrey Motowylo placed third, Kurt Bensmiller’s second wagon placed fourth, with Layne MacGillivray completing the top five fastest wagons on the night.

The top 4 drivers in the aggregate after Saturday’s run will go into the winner-take-all championship final heat where the winner will take home a big bonus cheque, and the 2021 Battle of the North Championship.