BENSMILLER TO INCREASE CHANCES IN RETURN TO WPCA 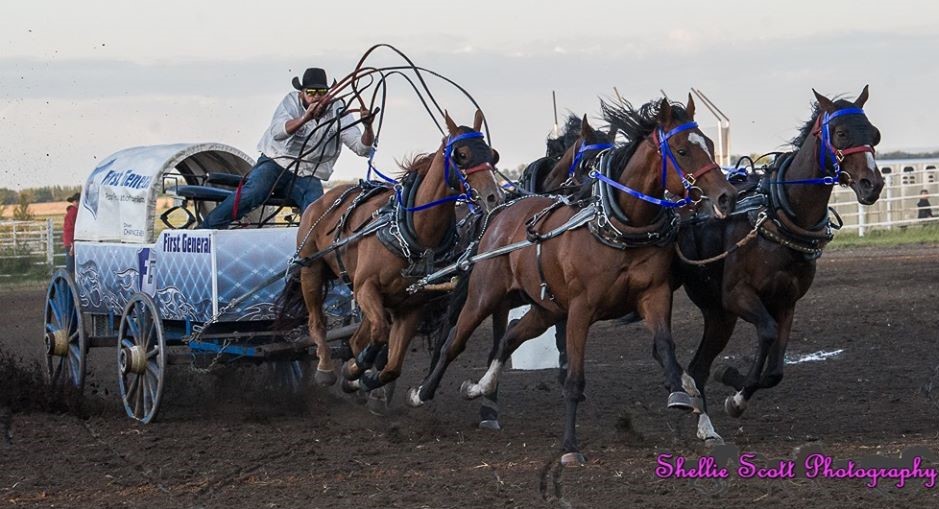 There is a quote that says "The best thing to give someone is a chance."  While that saying represents an opportunity, WPCA fans will be given another Chance, in the form of a name, to cheer for in 2020 with the return of former WPCA driver Chance Bensmiller.  Bensmiller spent the last 8 years with the Canadian circuit after racing on the WPCA Pro Tour the first 7 years of his career.

Chance Bensmiller will join fellow drivers Chance Flad and Chanse Vigen along with 33 other talented reinsmen when the 2020 WPCA Pro Tour presented by GMC kicks off in Grande Prairie, AB on May 27th.

No stranger to the sport of Chuckwagon racing, Chance is the youngest son of three-time Calgary Stampede Champion Buddy Bensmiller, and brother to four-time Champion Kurt Bensmiller.

Chance started outriding in 2002.  In 2003 he rode behind Buddy in his Calgary Stampede Rangeland Derby championship win.

In 2015 Chance made his driving debut at the Calgary Stampede and in 2016 recorded the top time of the night on day 9.

2020 will see Chance make his 6th appearance at the Calgary Stampede.

During his time with the WPCA, Bensmiller won the 2008 "Battle of the North" in Dawson Creek, BC and was recognized as the WPCA's Most Improved Driver the same year. In 2011 his horse "KODAN" was recognized as one of the WPCA Equine Outfit of Excellence Outriding Horses.

Success and recognition for Chance Bensmiller goes beyond the race track. Chance was recognized as the SASKALTA Senior Hockey League's Most Valuable Player for the 2015/16 season.

FRIENDS OF THE GORSTS PAY TRIBUTE WITH SIGN
September 12, 2020

Kelly Sutherland is recognized in Grande Prairie both coming into town from the North and...

In 2020, the Covid-19 pandemic caused the disruption of many equine events around the world,...

After starting the 2019 summer away from the WPCA circuit, Dayton Sutherland comes back to...