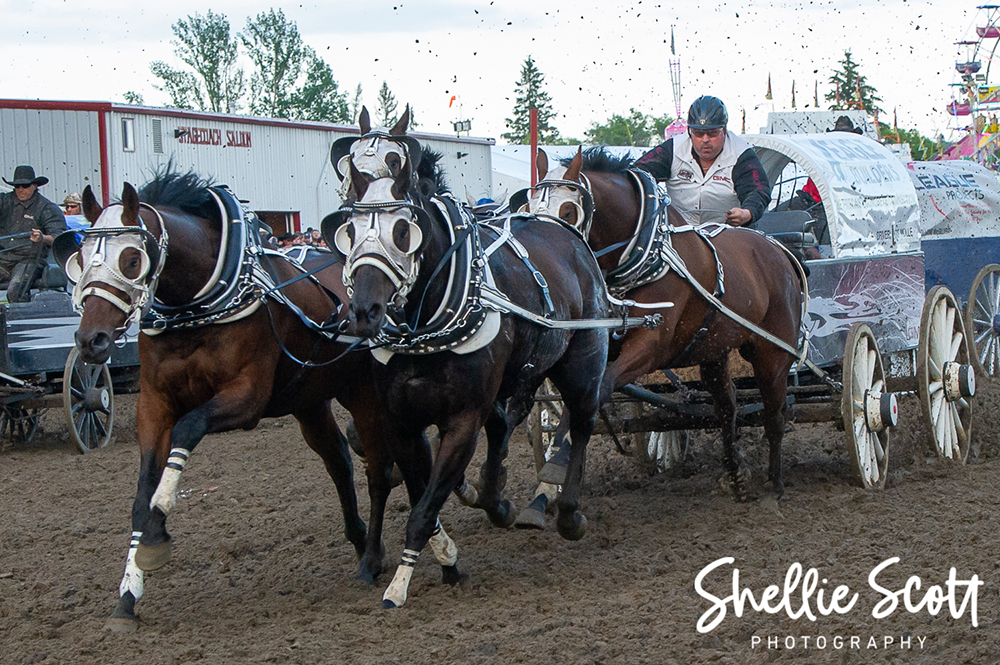 It was Semi Final Saturday at the 2022 Ponoka Stampede as eight drivers running in two heats were trying to survive the semi-final round and looking for a spot in Sunday’s $50,000.00 Tommy Dorchester Championship Final Heat. Afternoon rains made for a cool evening and slower racetrack conditions, but a host of thrilling chuckwagon races were run in front of sell-out crowd.

When it all played out, aggregate winner Obrey Motowylo, Rae Croteau Jr, Ross Knight and Jordie Fike survived the semi-final round and will comprise the $50,000.00 Tommy Dorchester Championship final heat. Troy Flad ended up in the crying hole and missed the winner-take-all final by 96 one-hundredths of a second. Codey McCurrach, Mitch Sutherland and Chanse Vigen also competed in Saturday night’s semi-final round.

On the day, it was Kris Molle who won the day money for the second consecutive night with a penalty free run of 1:22.18. From barrel number 1 in the eighth heat on the evening, Molle, driving the Eagle Builders outfit was the fast man on the day by 15 one-hundredths of a second over Layne MacGillivray. Third and fourth place was split between Obrey Motowylo and Chad Fike, Rae Croteau Jr. completing the top five on the night.