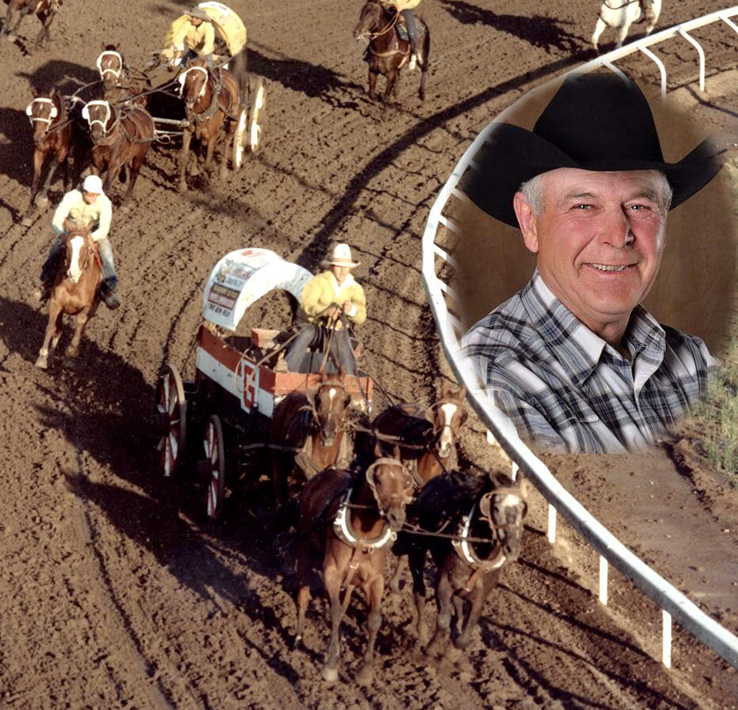 The World Professional Chuckwagon Association was shocked and saddened by the sudden passing of former driver Ron Bolin on Saturday, December 4, 2021, at the age of 67.

Over the course of his half-century in the chuckwagon game, Ron's compiled one of the finest resumes imaginable with well over twenty major awards and victories. He was the PCCCA Champion in 1996, the WPCA Second Circuit Champion in 2000, and twice won the Western Chuckwagon Association Championship in 2007 and 2012. He won his first show at the Doe River Stampede in 1978, and over the years Ron was a regular winner many times over at several locations in the Peace Country including the Grande Prairie Stompede, North Peace Stampede, Manning Rodeo, Rio Grande Rodeo, Rycroft Race the 8, Doe River Stampede, Chuckwagon Championship of Fort Nelson, Teepee Creek Stampede, Ft. St. John Race Meet, with his final victory coming at the Woodland Rodeo in Whitecourt in 2018. Ron raced at the Calgary Stampede four times in 1980, 1981, 1987 and 1997, once at the Cheyenne Frontier Days in 1982, and drove his final race at the Teepee Creek Stampede in 2021.

Ron is survived by his wife Sherry, his 3 daughters and 2 son-in-laws - Sharlee and Jamie Anderson, Jayme and Marty Lillico , and Raylee Bolin; 3 precious grandsons Jagger, Cruz and Maveryk and 2 precious granddaughters Hayze and Dally. He is also survived by his sisters Trudy McRae and Barb Bolin and his brother Jack Bolin. Also saddened by his passing are his newphews and niece and numerous extended family and friends. Ron was predeceased by his father and mother Ivor and Gladys Bolin.

A Celebration of Life will be held in the summer, with details to be provided at a later date.

Ron will be missed by all in the WPCA, and we extend our sincere condolences to the Bolin family.