WPCA Saddened By The Passing Of Former Competitor Jim Carothers 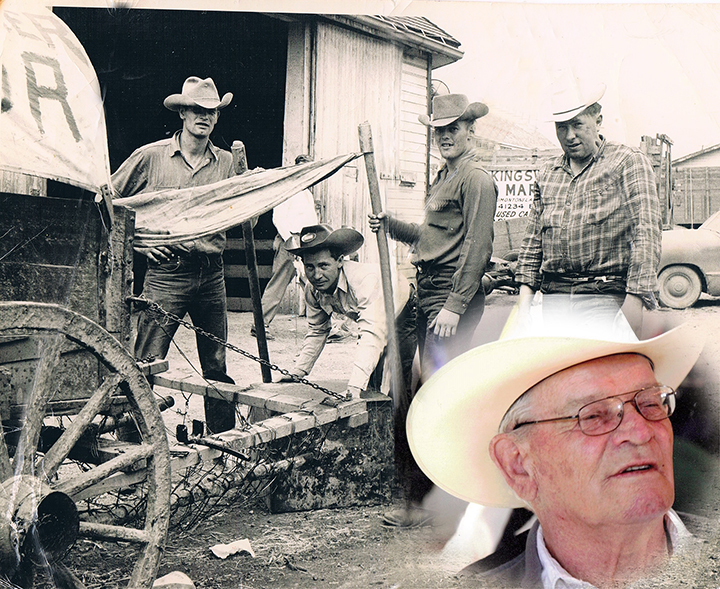 The World Professional Chuckwagon Association was saddened by the news that former competitor Jim Carothers had passed away on Tuesday, April 19, 2022, from natural causes at the age of 92.

Jim Carothers was born in Blackie, Alberta on October 27, 1929, and grew up in the DeWinton area just south of Calgary. He was very close with the Johnson and Hamilton families from the area who had been successful in the chuckwagon business since the early 1930's. In 1950 Jim travelled to the Calgary Stampede with chuckwagon driver Johnnie Hamilton and outriders Norm Haynes and Harry Schmaus, and began his career as an outrider for Hamilton's Dewinton Hurry-Up Wagon.

Over the next four years Jim found himself riding nine heats a night for a host of chuckwagon drivers that included the likes Gordon Dingwall, Calvin Baillie, Johnnie Hamilton, Bill Greenwood, Harry Rivers, Orville Strandquist, Buster Walker, Tom Dorchester, Ronnie Glass, Jack Lauder, Jack Higgins, Argyll Lyster, and Jack Gill. On October 18, 1951, the Calgary Stampede staged an authentic Stampede program for Princess Elizabeth and the Duke of Edinburgh who were touring Calgary, and Jim was able to outride in the staged chuckwagon race for the Royal couple for Johnnie Hamilton's DeWinton Hurry-Up Wagon. The highlight of Jim's outriding career was winning one of the biggest events at that time - the Edmonton Exhibition - as an outrider for Orville Strandquist in 1953. Not only was Jim one of the winning outriders, but he doubled as one of the horse trainers for the Strandquist outfit.

Later in 1953, Jim started driving chuckwagons at the Red Deer Exhibition. With horses provided by Ronnie Glass and Orville Strandquist, and a chuckwagon, a set of harness, mentorship and guidance provided by Jack Lauder, Jim ran the 3 day show penalty free. The following year in 1954, as so many of the chuckwagon men did, Jim, along with Buster Walker and Chip Nunnemaker put together a Wild Horse Racing Team and won the Calgary Stampede Wild Horse Race Championship. Following the Calgary Stampede Jim headed out as a chuckwagon driver on one of Cliff Claggett’s legendary barnstorming tours across Saskatchewan and Manitoba. Jim drove one chuckwagon for Cliff Claggett and even filled in for injured driver Pete Mullaney. His best finish was a solo third at the six day Greater Winnipeg Exhibition behind Hally Walgenbach and Tom Dorchester, and just ahead of Cliff Claggett. Jim retired from active competition following the 1954 season, but came back for one more Calgary Stampede in 1956 as an outrider for Cliff Claggett.

Jim was one of the pioneers when chuckwagon racing was emerging as a professional sport throughout Western Canada. Even after he retired, Jim remained very passionate about the chuckwagon races. He would attend when he could, or follow them on the radio and television and remained a true chuckwagon racing fan right up until his passing.

A Celebration of Life for Jim was held on Saturday, April 23, 2022 at at the Westwoods Community Centre. Memorial Donations may be made to the Stettler Health Services Foundation.

Jim will be missed by all in the WPCA, and we extend our sincere condolences to the Carothers family.