WPCA Saddened By The Passing Of Active Supporter Ken Stuart 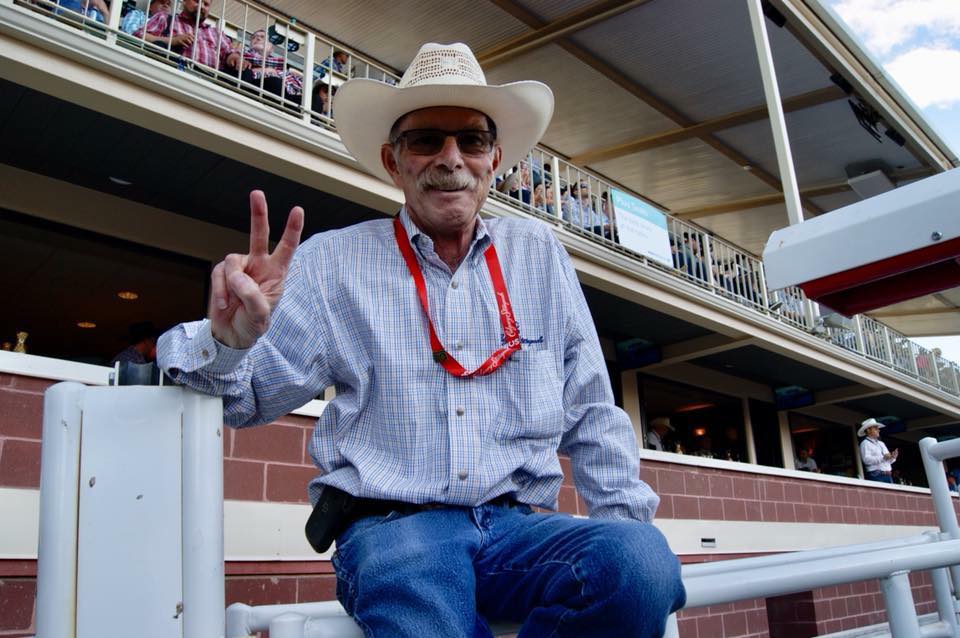 The World Professional Chuckwagon Association was saddened by passing of former chuckwagon Active Supporter Ken Stuart after a lengthy illness on Thursday, July 22, 2021 at the age of 73 years.

Ken was a born and raised Calgarian and a huge fan of chuckwagon racing. He first became actively involved in the sport with The Pardners Chuckwagon Team that captured the World Chuckwagon Championship in 1994 and the Calgary Stampede Rangeland in 1995 with driver Ward Willard. He eventually rose to the executive committee with The Pardners and stayed with the organization until it disbanded after the 2001 Calgary Stampede.

Ken is survived by his wife and love, Daryn Violet MacEachern, daughter Sarah Grace Heibein (nee Hope-Johnston) and her husband Troy Everett Heibein, and their wonderful boys, Winston Everett and Rupert Nelson Heibein; his brother Colin Stuart and wife Rieky, now of Victoria, BC, (lived many years in Antigonish and Ottawa, ON), their daughters, Netami Stuart (Doug Paisley) and their son Arlo of Toronto, ON, and Beth Stuart (Mike Hearty) of Victoria, BC; as well as his in-laws Derek and Marjorie Allen, of Vernon, BC.

Family and friends are invited to join a Celebration of Ken’s wonderful Life at Southern Alberta Pioneer Memorial Building (3625 4 St SW, Calgary, AB) on Wednesday, July 28, 2021 from11:00 a.m. -2:00 pm. Informal dress or Western attire encouraged. Condolences, memories and photos may be shared and viewed on here.

We celebrate Ken’s full life and kindly ask that you please consider giving a donation to a charity of your choice in his memory in lieu of flowers, as many have been impacted during COVID-19.

The family is forever grateful to the Alberta Health Services Integrated Home Care, including palliative and caregiver support teams who were outstanding in their support. Thank you, Laurie H., Margot S. and Terri W. A big hug and thank you to Analyn, who was Ken’s in-home caregiver.

Ken will be missed by all in the WPCA, and we extend our sincere condolences to the Stuart family.