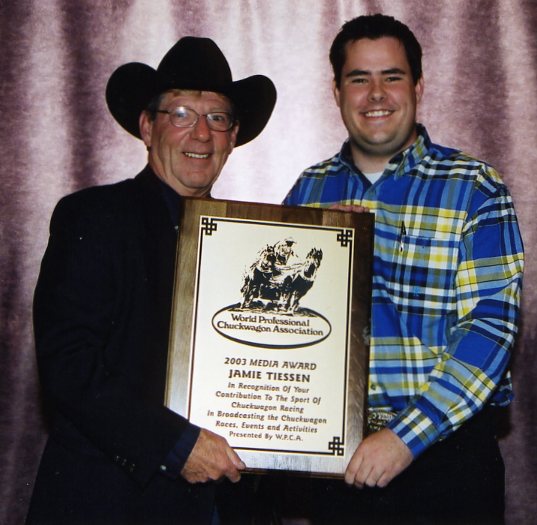 The World Professional Chuckwagon Association was saddened by the passing of longtime active supporter Bob Norton on Canada Day, July 1, 2021 after a lengthy illness at the age of 76.

Bob was a lifelong fan of chuckwagon racing and became actively involved as a tarp sponsor and officer of the World Professional Chuckwagon Association in the late 1990’s to the mid 2000’s. As a canvas sponsor he helped out no less than nine drivers in the early stages of their careers such as Jason Johnstone, Rae Croteau Jr., Troy Flad, Kurt Bensmiller, Mark Sutherland, Leonard Delaronde, Mike Vigen, Barry Hodgson and Leo Tournier. From the Qualification Run Off to the Calgary Stampede, Bob sponsored the drivers when they really needed assistance. As an officer and eventually Vice President of the WPCA, Bob helped lead the WPCA through very challenging times. He was very instrumental in the development and stability of the WPCA Radio Show which continues to this day. He also supported a number of the WPCA’s social events as well.

Bob and Linda could not have managed without the guidance and care of the Palliative Care Team, Dr Foster, Terri Kerr and allied staff. The family is also especially thankful for the outstanding care he received from Dr T Murynka and staff at Southwood Hospice.

If you wish, in lieu of flowers, a donation can be made to the Alberta Cancer Foundation or Alberta Lung Association.

A Funeral Mass will be held on Wednesday, July 7, 2021 at 1:00pm at the Holy Spirit Catholic Church.

Bob will be missed by all in the WPCA, and we extend our sincere condolences to the Norton Family.