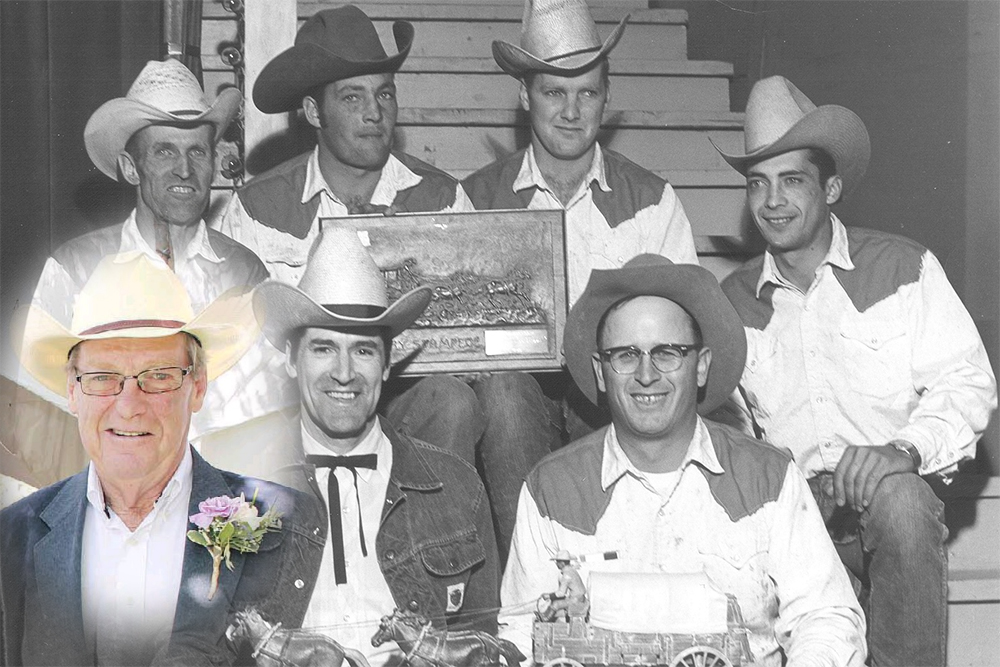 The World Professional Chuckwagon Association was saddened by the passing of former outrider Lawrence Gooch after a lengthy illness on  Wednesday, May 11, 2022 from natural causes at the age of 76 years.

growing up in the Buffalo Hills area of Alberta, Lawrence was surrounded by champion chuckwagon drivers such as Hank Willard and Lloyd Nelson, as well as being the son of former chuckwagon driver/outrider Bob Gooch - the only man to win 6 consecutive Calgary Stampede Championships as an outrider - there was little doubt that Lawrence would have some active involvement in chuckwagon racing. Lawrence's first taste of competition came as a young man when he started riding racehorses at the Lake McGregor Race Meet in Milo, Alberta.

Lawrence eventually started outriding in the mid sixties and and eventually was outriding for many of the top drivers of the day including the likes of Bob Cosgrave, Bill Greenwood, and Orville Strandquist among others. He got close to winning the Calgary Stampede early on in his career, but never seemed to work out. In 1969 he had two wagons in contention - the Janko Brothers Rig driven by Bill Greenwood and the John Irwin Rig driven by Bob Cosgrave. It was a close duel all week but eventually the John Irwin outfit, driven by Bobby Cosgrave, gave Lawrence his first Calgary Stampede Championship as an outrider. It turned out to be the only Rangeland Derby championship for Lawrence who retired shortly thereafter. In 2015, Lawrence stood in for his father Bob Gooch as the elder Gooch was honored with the Calgary Stampede's Pioneers of Rodeo Award.

A Celebration of Life is to be held at a later date.

Lawrence will be missed by all in the WPCA, and we extend our sincere condolences to the Gooch family.