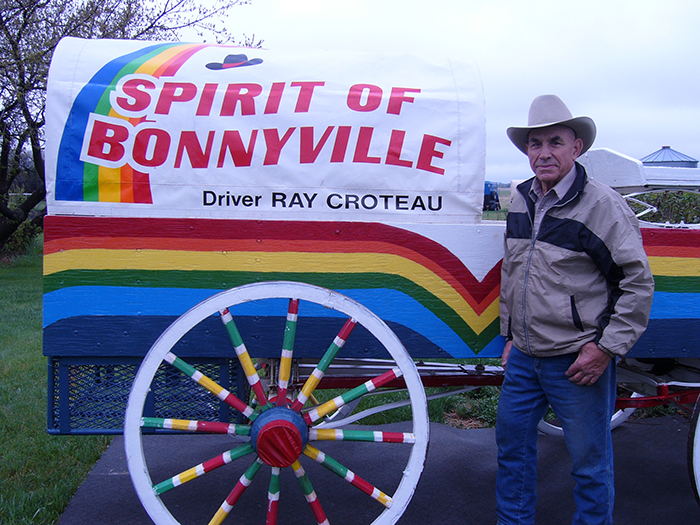 The World Professional Chuckwagon Association is mourning the passing of former chuckwagon Driver Ray Croteau on Wednesday, October 30, 2019 at the age of 91 years.

It was back in 1959 in the Lakeland that the chuckwagon legacy of the Croteau family was born with Ray Croteau. He mainly raced with the Northern Chuckwagon Racing Association, but also competed on a permit with the Canadian Rodeo Cowboys Association in the 1970's. When the WPCA was formed in 1981, Ray was a permit holder with the WPCA from 1982 to 1984 and again in 1987.

Ray's son Bert and grandson Rae Jr. followed in Ray's footsteps and became champion chuckwagon drivers of their own. The Croteau family joins the Bensmillers as the only families to have 3 generations qualify for the championship final heat at the Calgary Stampede GMC Rangeland Derby. In 2016 the town of Bonnyville honored Ray and his family in a ceremony just prior to the start of the Bonnyville World Chuckwagon Races to officially retire the rainbow chuckwagon design..

Ray will be missed by all in the WPCA, and we extend our sincere condolences to the Croteau family.