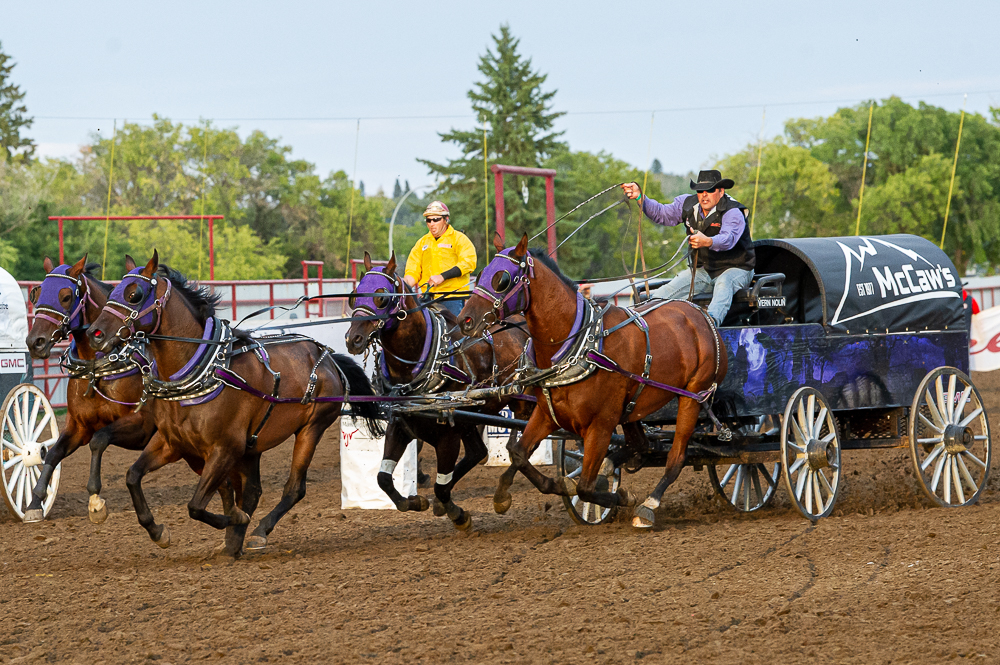 On the day it was Vern Nolin, fresh off a big win at the Battle of the Rockies, driving his McCaw’s Drilling & Blasting Ltd. Outfit who posted the fast time of the night with a 1:16.52. Coming off barrel 3 in the second heat of the evening, Nolin had the fast time of the night by just 15 one-hundredths of a second over former Ponoka Stampede champion Kirk Sutherland. Evan Salmond was third, Chanse Vigen was fourth and World Points leader Obrey Motowylo rounded out the top five wagons on the day. The top four drivers in the aggregate standings following Saturday night’s run will go into the $25,000.00 Championship Final Heat to declare the winner of the 2021 Ponoka Stampede Wild West Chuckwagon Championship.

Day 2 of the final stop of the 2021 WPCA Pro Tour at the Ponoka Stampede Wild West Chuckwagon Championship can be heard live on Friday, September 3, 2021 at 8:30pm Eastern Time, &:30pm Central Time and 6:30 Mountain Time on Rural Radio Channel 147 on SiriusXM.