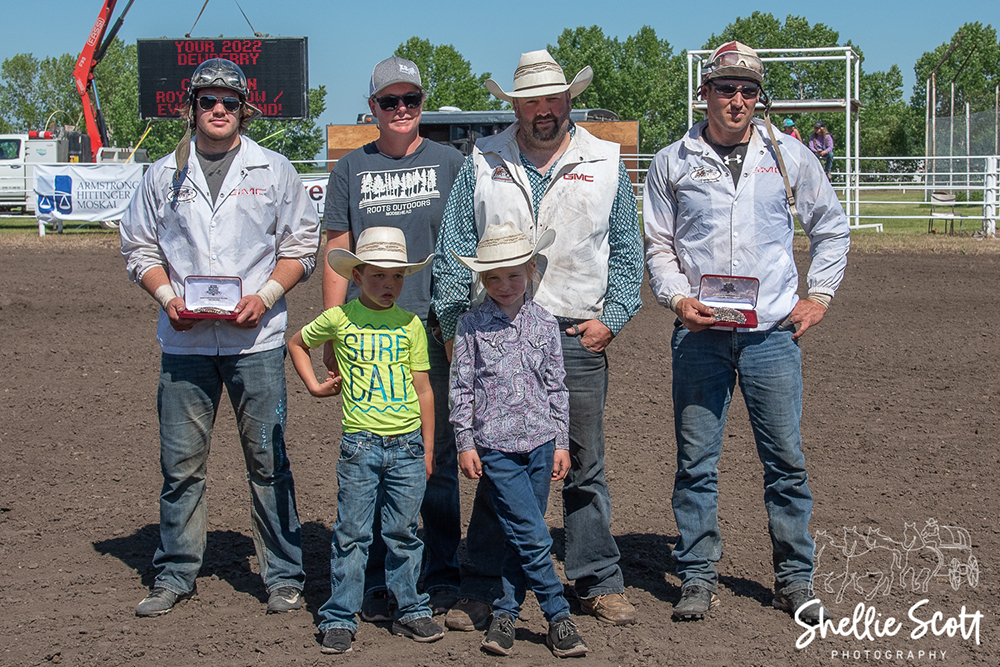 The finals of the Dewberry World Chuckwagon Races wrapped up on Sunday afternoon on a fantastic racetrack and a fantastic championship final heat lineup that featured Evan Salmond, Vern Nolin and Kris Molle. It was a thrilling championship final, but in the end, Evan Salmond, driving in place of Roy Romanow with the Green Valley Ranch outfit, and along with outriders Rory Gervais and Hayden Motowylo, won the 2022 Dewberry World Chuckwagon races by just one one-hundredth of a second.

Salmond crossed the finish line first from barrel position number 1 in the championship final heat, posting a total time of 1:10.62, just one one-hundredth of a second of last week’s Medicine Hat Champion Kris Molle who came from barrel number two. The third member of the championship final - Vern Nolin- crossed the finish line in third place from barrel position number 3, but was penalized five seconds knocking a barrel. It’s the third career win for Evan Salmond, and the first time he has won the Dewberry Championship.

On the night, from barrel number 2 in the 4th heat, Obrey Motowylo piloted his VJV Livestock Marketing Outfit to top money for the day after posting a 1:09.34 and won the day money by a large 1.28 second margin over eventual champion Evan Salmond. Kris Molle placed third, with Ross Knight and Layne MacGillivray filling out the top five on the afternoon.