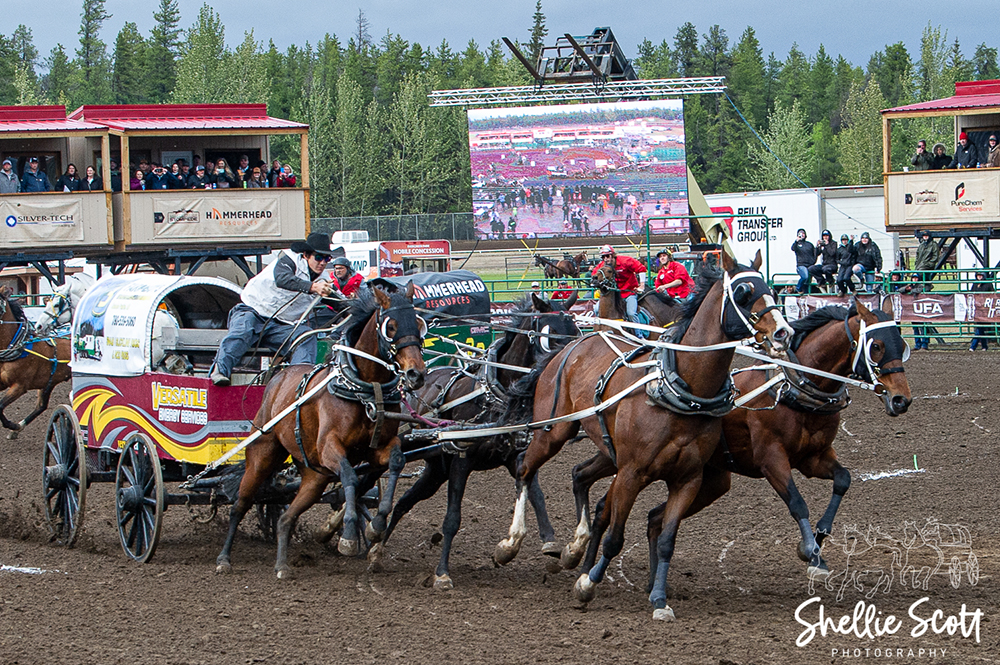 It was a wet and cool night in Grande Prairie, Alberta, but it was a great night for rookie drivers as Night 4 of the Grande Prairie Stompede wound up on Saturday night. It was also the final night for the drivers to try and qualify for Sunday’s $35,000.00 Championship Final Heat and a shot at the 2022 Grande Prairie Stompede Championship. When the aggregate times were calculated Kirk Sutherland, Doug Irvine, Chad Fike and rookie driver Kale Lajeunesse will be the four drivers bidding for the championship.

On the night, rookie driver Cruise Bensmiller was the day money winner from barrel one in the first heat. Bensmiller’s Farm Boys Oilfield Services Inc. outfit placed first on the day by 51 one-hundredths of a second over Chanse Vigen, with Kirk Sutherland, Kurt Bensmiller and Doug Irvine filling out the top five on the night.

The Finals of the Grande Prairie Stompede can be heard live on Sunday night, May 29, 2022 on Real Country 910 starting at 8:30pm Eastern, 7:30pm Central, 6:30pm Mountain Time. As well, fans can watch the races live on the Cowboy Channel + App streaming platform.