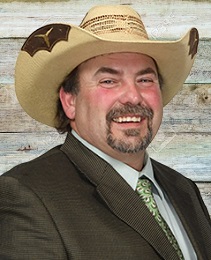 As a veteran of 30 chuckwagon seasons, Troy is one of the longest tenured drivers on the WPCA Pro Tour. Troy was the Aggregate Winner at the Lloydminster Colonial Days Fair in 2015, received the WPCA Showmanship Award winner for Professionalism in 2003, and has qualified for two major championship final heats at two of chuckwagon racing’s biggest events at the Ponoka Stampede and Edmonton’s Chuckwagon Derby. Troy started his driving career at the young age of 16 on the Northern Professional Chuckwagon Association (now CPCA) circuit, and received the NPCA’s Most Sportsmanlike Driver award in 1992.  The 2021 season saw Troy post 5 top ten runs with a day money run at the North American Chuckwagon Championship in Lloydminster being his best of the season.

In the off season, Troy is the owner/operator of Giddy-Up Go Trucking - a winch truck and oilfield hauling service, and operates a cow/calf and farming operation as well. Troy has five children - Randilee, Blaid, Gage, Trez, and Shayle, and makes his home in Warburg, Alberta.