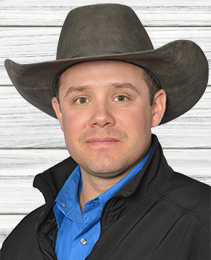 After running his last race at his hometown Bonnyville Chuckwagon Championship in 2016, Rae Croteau Jr. has decided to resume his career in 2022. Over his career, Rae won nine major show championships, including the 2010 Grande Prairie Stompede Championship plus the 2015 GMC Sierra Cup Series in his 15-year career on the WPCA Pro Tour, had four horses named to the WPCA Equine Award Of Excellence, one horse named to the Calgary Stampede's Equine Award Of Excellence, and won the WPCA Showmanship Award in 2002.

In 2013, Rae thrilled the crowd at the Wrangler National Finals Rodeo in Las Vegas by touring his wagon around the Thomas and Mack Center during the opening ceremonies on Canada night. Rae began his career on the Canadian Professional Chuckwagon Association (CPCA) circuit in 1999. In three years with the CPCA, he won the CPCA’s Meadow Lake Stampede in 2001, the CPCA's High Point Rookie Outrider in 1996, the CPCA's High Point Rookie Driver in 1999, and the CPCA's Most Improved Driver in 2000. Rae is a third generation chuckwagon driver and is a cousin to fellow driver Chanse Vigen.

Rae  has three daughters - Cora Lynn, Ava Mae, and Hadley. He and his wife Ashly make their home in Rapid View, Saskatchewan.