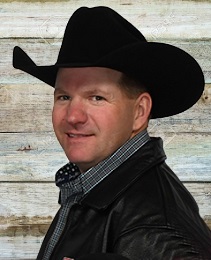 The 2021 season was arguably the finest of Layne's career so far. He opened up the 2021 season with a victory at the Dewberry World Chuckwagon Races, made back to back trips to the championship final heats at the Dewberry World Chuckwagon Races and the Battle of the Foothills, and received the Kenn Borek Most Sportsmanlike Driver Award at the Battle of the North. Layne posted 22 top ten runs, including 12 runs that placed inside the top five, and had five top ten overall aggregate finishes at five of the seven shows that made up the 2021 WPCA Pro Tour. His 3rd place overall in the World Standings in 2021 tied his career best.

Layne won the Herman Flad Memorial Award as the WPCA’s Most Improved Driver in 2017, his horse "CARIBE" was named Champion Outriding Horse on the WPCA Equine Outfit of Excellence in 2014, and Layne was honored in 2009 with the WPCA highest annual award when he received the prestigious Chuckwagon Person of the Year Award.

Layne started his chuckwagon career over 30 years ago as an outrider, and enjoyed a very successful career highlighted by winning two Calgary Stampede Rangeland Derby Championships in 2000 and 2004 with Hughie Sinclair, and Sinclair's Calgary Stampede Aggregate winner in 2000.