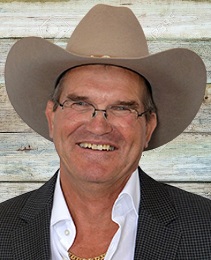 In close to a half century of competing, Kirk has had an incredible career winning nearly every prestigious chuckwagon championship such as the World Championship, Calgary Stampede Rangeland Derby, Calgary Stampede Aggregate title, the Ponoka Stampede and Edmonton's Chuckwagon Derby among many others. Over the 2021 season, Kirk posted 24 top ten runs including 5 first place runs and 11 runs that cracked the top five. a runner-up finish at the Strathmore Stampede and top ten overall finishes at the Teepee Creek Stampede and the Ponoka Stampede Wild West Chuckwagon Championship were his best of the year.

Kirk has had 6 horses named to either the WPCA or Calgary Stampede Equine Outfit of Excellence, and is the track record holder at the Bonnyville Chuckwagon Championship. In 2012 Kirk had an incredible streak of what is believed to be a record eight consecutive day monies by the same four horses. Kirk has qualified for the Calgary Stampede GMC Rangeland Derby’s championship final heat five times, twice won the Calgary Stampede’s Safe Drive Award for Least Penalized Driver, and was the WPCA Most Improved Outfit award winner in 1984. Along with his brother Kelly is the only brother combination to qualify for the GMC Rangeland Derby’s winner–take–all final in the same year - a feat that has happened three times.