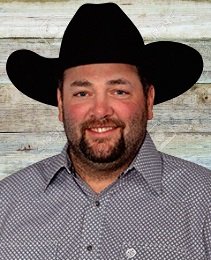 Quickly establishing himself among chuckwagon racing's elite, Evan qualified for two championship final heats in 2021 at the Battle of the Foothills and the Ponoka Stampede Wild West Chuckwagon Championship. He posted 20 top ten runs including 8 runs that also cracked the top five. He placed in the top ten overall at 5 shows, with top five overall finishes at Battle of the Foothills, the Ponoka Stampede and the Bonnyville Chuckwagon Championship being his best of the season.

At the three previous Rangeland Derby's, Evan made consecutive qualifications into the semi-final round.  Evan has won twice on the WPCA Pro Tour, has had four horses named to the WPCA Equine Outfit of Excellence and won the Herman Flad Memorial Award for the WPCA's Most Improved Driver in 2012.

Evan started his career in 2008 on the Western Chuckwagon Association (WCA) circuit where he won the WCA’s Rycroft show in 2009, was runner-up for the WCA championship, and was named the WCA’s Most Improved Driver.

Prior to driving big chuckwagons, Evan started racing pony chariots when he was 14 and pony chuckwagons at 16. Evan is a 2nd generation driver whose uncle is former driver Ray Salmond and cousin is former driver Rod Salmond. He is the younger brother of fellow driver Wade Salmond. In the off season,

Evan is a harness maker and works in the forestry industry. He enjoys hockey and ski-dooing in the off season. Evan and his wife Adriane have two children – Rose and Cash – and make their home in Hudson Bay, Saskatchewan.