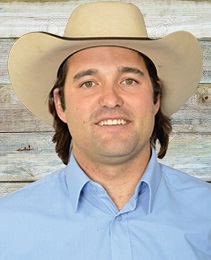 A third generation chuckwagon competitor, Dustin had another fine season on the WPCA Pro Tour in 2021. He posted 12 top ten runs, including 5 runs that also cracked the top five. He qualified for the championship final heat at the Ponoka Stampede Wild West Chuckwagon Championship after placing second in the aggregate, and top ten overall finishes at the Battle of the Foothills and the Battle of the North were his best of the year.

Dustin started his chuckwagon career as an outrider on the Canadian Professional Chuckwagon Association (CPCA) circuit and was the CPCA's Champion Outrider three times, received the CPCA Media Award in 2009 and the CPCA's Youth Achievement Award in 1999.

Dustin is the grandson of former driver Art Gorst, son of current driver Gary Gorst, brother to driver Logan Gorst, and cousin to former driver Layne Bremner. Dustin played two seasons with the Lloydminster Bobcats of the AJHL and played hockey for the Meadow Lake Stampeders who won the 2008 Saskatchewan Senior “A” Provincial Championship. Dustin and his wife Jaycee, the 2015 recipient of the Ty Tournier Memorial Award, have two sons - Klinch Dustin and Knox Logan - and make their home in Meadow Lake, Saskatchewan.