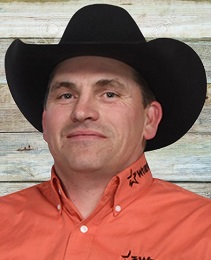 2022 will be Doug's 30th anniversary as a chuckwagon competitor, where he has carved out a fine career as both a chuckwagon driver and as an outrider. 2021 saw Doug post 12 top ten runs, of which two of those runs placed inside the top five. He qualified for “Semi Final Saturday” at the Battle of the Foothills after finishing third in the aggregate standings, and fourth overall finish at his hometown Bonnyville Chuckwagon Championship were his best of the year.

As a chuckwagon driver, Doug has won 4 show championships, with his biggest win coming on one of chuckwagon racing’s biggest stages at the Ponoka Stampede. He received the 2015 Herman Flad Memorial Award as the WPCA’s Most Improved Driver, the WPCA Clean Drive Award in 2006, and has had two horses named to the WPCA Equine Outfit of Excellence. He qualified for the  Rangeland Derby's Championship Final at the Calgary Stampede’s Centennial Celebration in 2012 and came up short by a mere one one-hundredth of a second – the closest championship final in Calgary Stampede history.

Doug started his career on the Canadian Professional Chuckwagon Association (CPCA) circuit where he was the CPCA’s High Point Rookie Driver in 1998, the CPCA’s High Point Rookie outrider in 1993 and the CPCA outrider champion in 1997. A truck driver for B & R Eckel's Transport Ltd. in the off-season, Doug also enjoys playing hockey. Doug and his wife Jimmi Lou have 3 children - Dacia, Britton and Maddi Jo, and make their home near Bonnyville, Alberta.