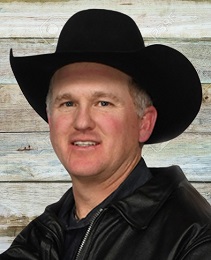 Among the top drivers in professional chuckwagon racing today, Codey received the WPCA’s prestigious Chuckwagon Person of the Year Award in 2012, had a horse named to the WPCA Equine Outfit Of Excellence in 2016, received the Herman Flad Memorial Award as the WPCA's Most Improved Driver in 2014, won the Calgary Stampede's Orville Strandquist Memorial Award for Top Rookie Driver in 2012 and was the WPCA’s Top Rookie Driver in 2007.

Nicknamed “The Hound,” Codey is a 3rd generation driver, Codey drove his first chariot race at age 10, started driving pony chuckwagons at age 16 where he won 10 pony chuckwagon show championships prior to driving thoroughbred chuckwagons in 2007. His move to the big wagons was prompted by the support from his sister and father - both pony chuckwagon drivers, who have each traded in their pony outfits to assist Codey with his dream of driving big wagons.

A former hockey player, Codey played in the elite program with the Notre Dame Hounds of Wilcox, Saskatchewan, and junior hockey with the Cranbrook Colts of the BCJHL. An assistant foreman with Enerplus Resources in the off season, Codey enjoys hunting and fishing in his spare time. Codey and his wife Michelle have 2 children - Kolby and Kassie, and make their home near Eckville, Alberta.