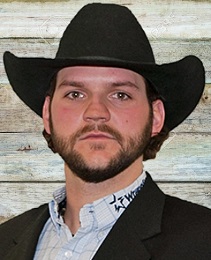 After an eight year stint with the CPCA, Chance returned to the WPCA Pro Tour in 2021, with a vengeance, winning the Strathmore Stampede, and placing a career best 6th place overall in the World Standings. He also drove his brother Kurt's second wagon to victory in the championship final heat at the Bonnyville Chuckwagon Championship, and just missed out for a second victory with Kurt's second wagon in the championship final heat at the Battle of the North. 2021 saw Chance posted 10 top ten runs, including two day money runs and 4 other runs that also placed inside the top five. a victory at the Strathmore Stampede and top ten overall finishes at the Battle of the North and the Battle of the Rockies were his best of the season.

Chance started his career with on the Canadian Professional Chuckwagon Association (CPCA) circuit, before moving to the WPCA Pro Tour for seven years where he was the WPCA Top Rookie Driver in 2006, received the WPCA Most Improved Driver Award in 2008, had a horse named to the WPCA Equine Outfit of Excellence in 2011, and was an outrider on his father Buddy's 2003 Calgary Stampede Rangeland Derby Championship outfit. On the CPCA Circuit, Chance won 6 CPCA show championships and was the CPCA’s Top Rookie Driver in 2003.

Chance is a 3rd generation wagon man, whose grandfathers are former Calgary Stampede finalists Allan Bensmiller and Alan Smith. Chance started his as a driver on the CPCA circuit and was the CPCA's High Point Rookie Driver in 2003.

His father is Buddy Bensmiller, and brothers are chuckwagon drivers Kurt and Dave Bensmiller. Chance and his wife Karley have 4 children – Cash, Quinn, Ace and Swayze, and make their home in Dewberry, Alberta.