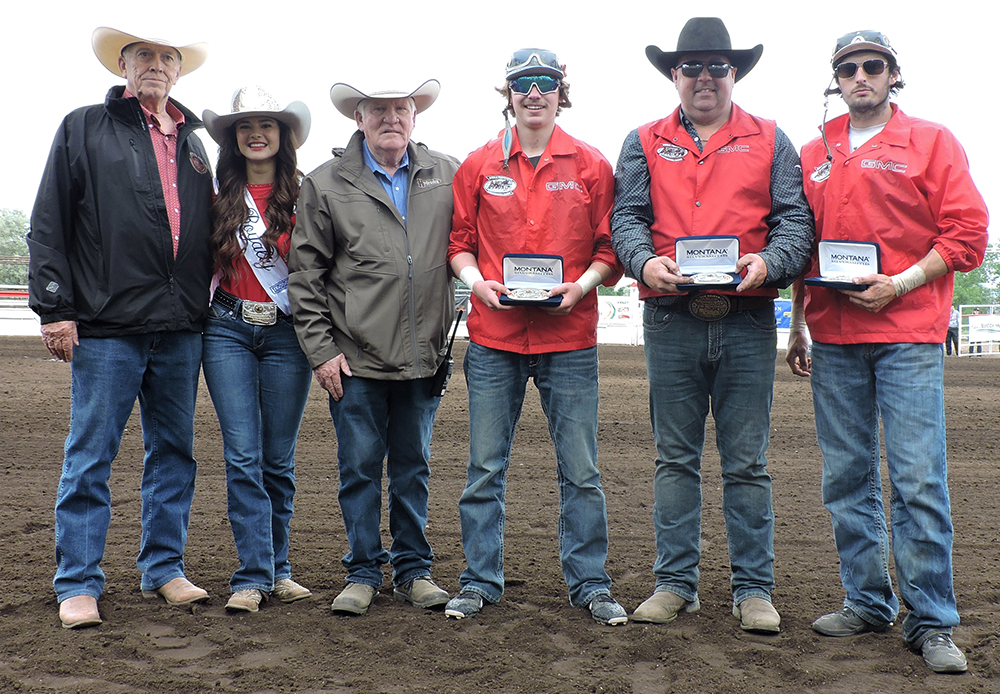 The finals of the Medicine Hat Exhibition & Stampede wrapped up on Sunday afternoon on a fantastic racetrack and under cloudy skies at 17°C. It was a classic sudden death final that featured Chad Fike, Kris Molle and Doug Irvine.

When the dust settled on what was a truly exciting final, it was Kris Molle, driving the Benoit Oilfield Construction (1997) Ltd. outfit, and along with outriders Brendan Nolin and Kaeden Molle who captured the 2022 Medicine Hat Exhibition & Stampede Championship. For Kris Molle, who won several show championships as a member of the Canadian Professional Chuckwagon Association (CPCA), it was his first win on the WPCA Pro Tour since joining last year. For outrider Kaeden Molle (Kris’ son), it was the first show championship of his young outriding career, and made for a memorable father’s day for the Molle family.

On the day, Rae Croteau Jr. won his second day money in the past 4 days with a very fast 1:02.14 from barrel 1 in heat 12. He was tops on the day by one-tenth of a second over Mark Sutherland, followed by Kirk Sutherland, Mitch Sutherland, and eventual champion Kris Molle rounding out the top five on the day. Rae Croteau Jr. and Ross Knight also qualified for the Ponoka Stampede which will take place in two weeks.

The WPCA Pro Tour now moves to Dewberry, Alberta for the Dewberry World Chuckwagon Races starting on Friday, June 24 and continuing through to Sunday June 26.