Obrey Motowylo Survives A Rainy Night 2 At The Ponoka Stampede 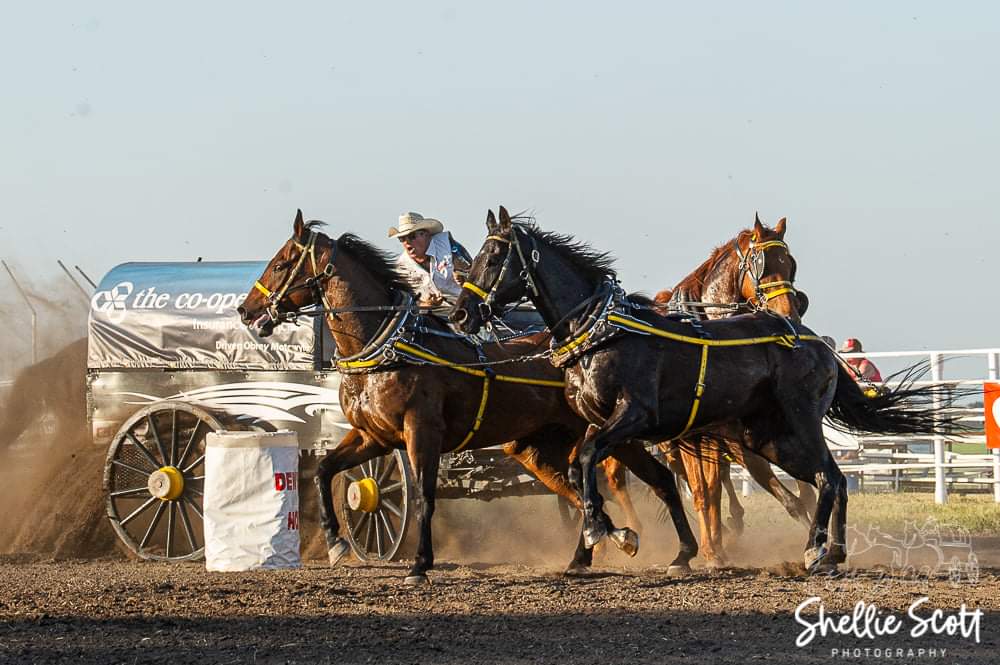 It was a cool rainy Wednesday night as night two of the Ponoka Stampede was run on a heavy racetrack. Despite some slower times, it was an entertaining night of chuckwagon races at one of the sports premiere events. When the night wrapped up, reigning World Champion Chuckwagon Driver Obrey Motowylo capped off with the fast run after posting a 1:20.00.

Coming off barrel number 1 in the 9th heat, Motowylo - driving the Co-operators outfit - placed first on the night by 41 one-hundredths of a second over Rae Croteau Jr.. Ross Knight placed third, Jordie Fike was fourth, while Troy Flad and Darcy Flad split fifth and sixth on the night.

Troy Flad took over first place in the overall aggregate standings with a two-run total of 2:36.85. That puts him 54 one-hundredths of a second ahead of Jordie Fike, with Ross Knight, Kurt Bensmiller and Obrey Motowylo in close pursuit. Mitch Sutherland, Kelly Morin’s outfit, which is being driven by Doug Irvine, and Rae Croteau Jr.  complete the top 8, with Chance Thomson and Chanse Vigen  just on the outside looking in.