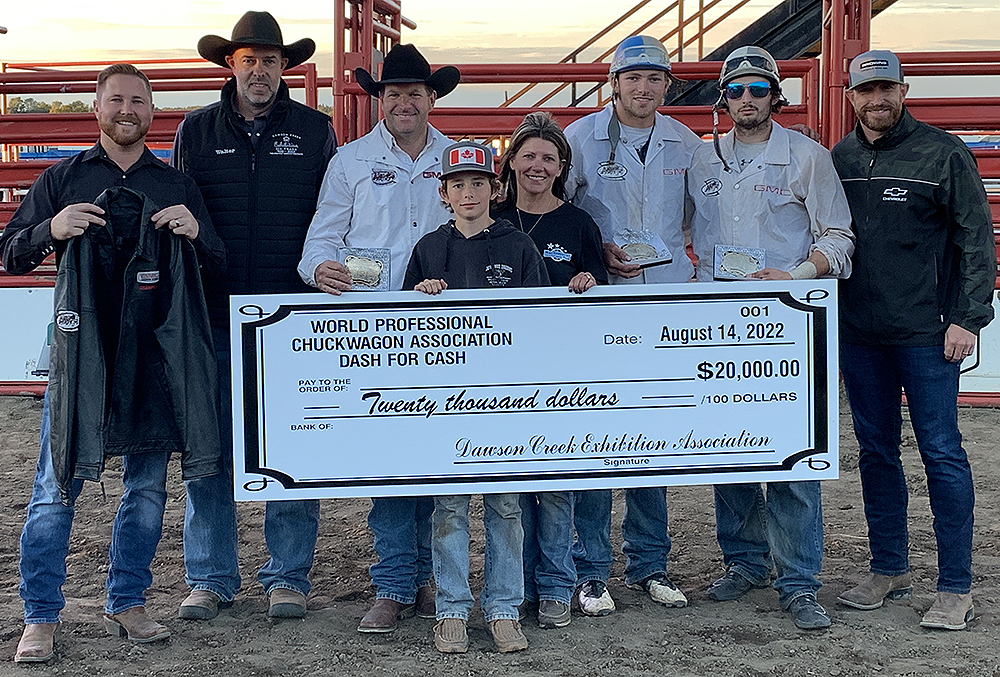 The 2022 edition of the Battle of the North Championship at the 100th Anniversary of the Dawson Creek Exhibition in Dawson Creek, British Columbia is in the books, and Layne MacGillivray, driving the Aurora Farms outfit, and along with outriders Trey MacGillivray and Brendan Nolin, captured the championship. It’s the first win on the season for MacGillivray who leads the overall World Standings.

Earlier in the night, Cody Ridsdale received the use of a 2022 GMC Pickup Truck for 1 year as his wagon, driven by Chanse Vigen, was the Battle of the North Aggregate Winner, while Vigen was also presented with the Kenn Borek Memorial Most Sportsmanlike Driver award.

The 2022 WPCA Pro Tour will move to Rocky Mountain House, Alberta for the running of the Battle of the Rockies starting on Thursday, August 18, 2022 and running through to Sunday, August 21, 2022. It’s the last chance for the drivers to try and make the top twelve for a chance to qualify for the Century Downs and Casino Winner’s Zone Playoff Round. Live radio coverage of the Battle of the Rockies from Rocky Mountain House can be heard Thursday through Saturday on Real Country 910.