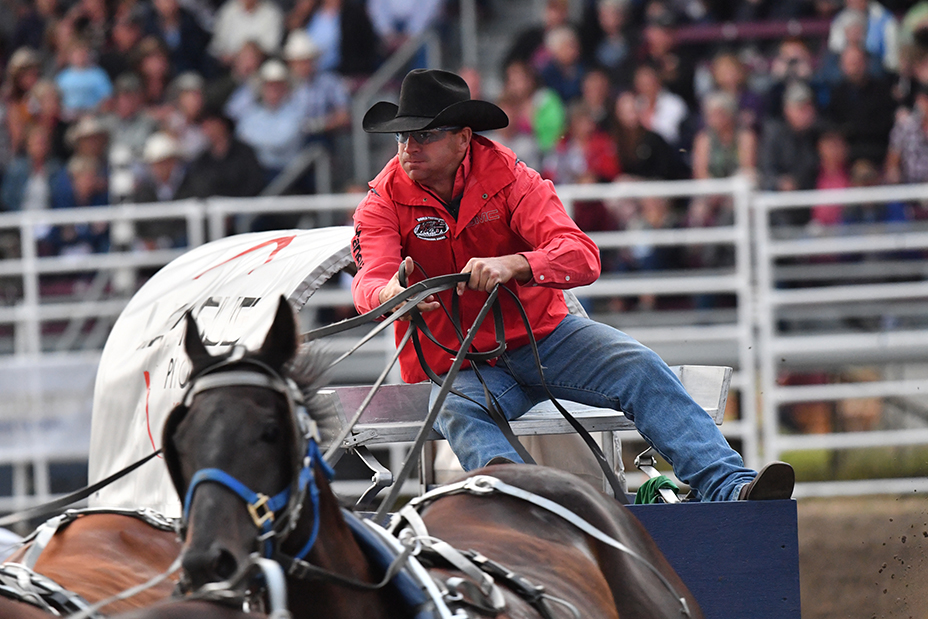 It was a great day for chuckwagon racing in the Village of Dewberry as weather and racetrack conditions were perfect on a highly anticipated final day at the Dewberry World Chuckwagon Races. With the championship on the line in a $25,000.00 final, Layne MacGillivray – driving the Cougar Fuels Outfit, and along with outrider Trey MacGillivray, captured the first show of the 2021 WPCA race season. The win was the first for outrider Trey MacGillivray.

In an extremely exciting championship final heat, MacGillivray captured the Dewberry crown with a penalty free run of 1:10:88 after coming off of barrel position number 3 in the championship final. Obrey Motowylo from barrel position number 2 placed second in the heat, just 1 one-hundredth of a second behind the winner MacGillivray. Kris Molle in his first show as a member of the WPCA, crossed the finish line first, but a two-second outrider penalty bumped him back to third place in the heat from barrel position number 1. The running times for all three wagons were within 18 one-hundreds of a second of each other.

As far as day results go, it was the local drivers who were the stars of the afternoon as Kurt Bensmiller, who drove two wagons all week, had the fastest two times of the afternoon with a 1:08.73 with one wagon and was just 6 one-hundredth of a seconds behind in second place with the other. Kurt’s brother Chance Bensmiller, also a resident of Dewberry placed third with Dayton Sutherland and Chance Flad filling out the top five on the final night.