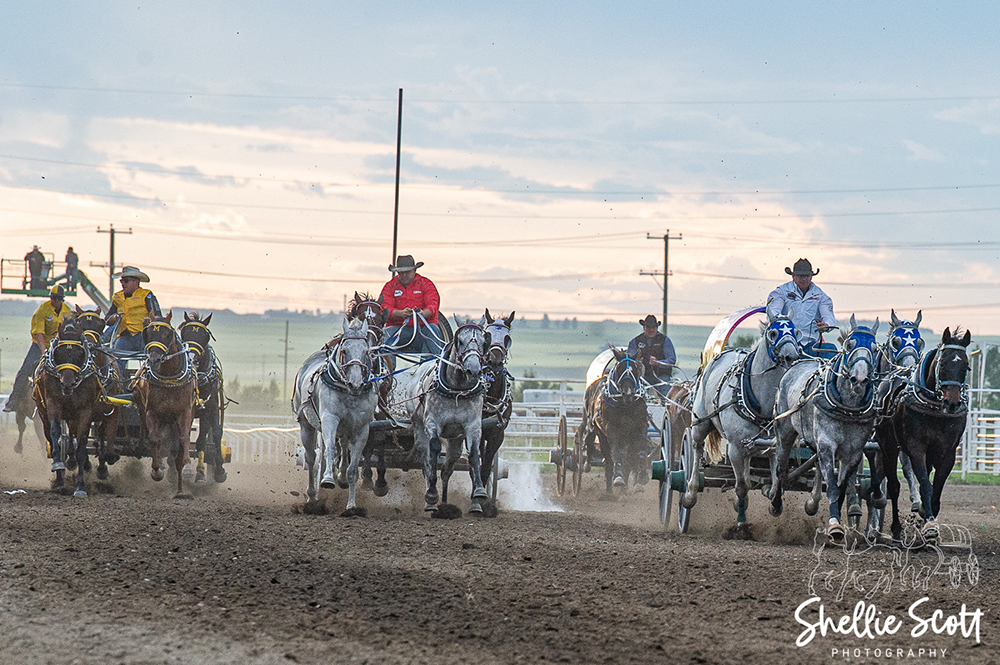 It was another perfect night for chuckwagon racing in High River, Alberta. The weather was terrific, the grandstand was filled to capacity, and some outstanding races took place on Saturday night. When the night was complete, it was 2022 Richard Cosgrave Memorial Award Winner Layne MacGillivray whose 1:16.76 was top time of night number 3.

With one run to go to determine the 2022 champion, day 1 winner Rae Croteau Jr. has reclaimed top spot in the overall aggregate standings, moving from 5th place at the start of the day into first after a 3 run total of 3:54.81. That puts him just 7 one-hundredths seconds ahead of day money winner Layne MacGillivray, with Chad Fike, Kris Molle and Obrey Motowyklo filling out the top 5 overall. The driver posting the best 4-day aggregate time after Sunday’s run will be declared the champion of the 2022 Battle of the Foothills.

The finals of Battle of the Foothills from High River can be heard live on Sunday afternoon, June 24, 2022, on WPCA Radio starting 6:00pm Eastern, 5:00pm Central, and 4:00pm Mountain time on Real Country 910am.