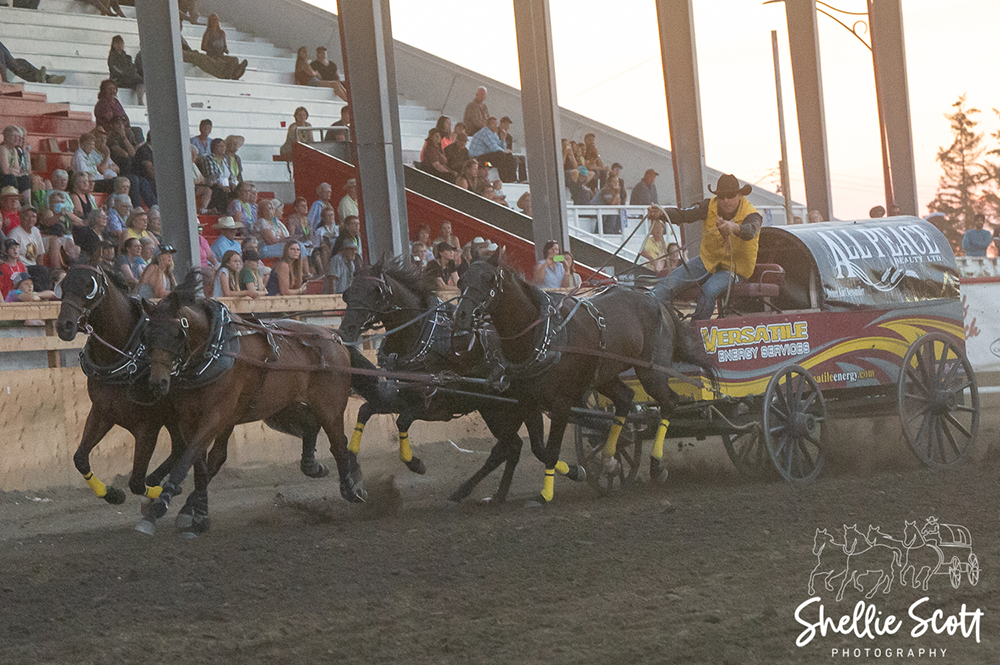 After one weekend off, the WPCA Pro Tour embarked on Mile “0” of the Alaska Highway in Dawson Creek, British Columbia for opening night at the Battle of the North where Obrey Motowylo came into this year’s event as the defending champion. Track conditions were a little sluggish on a hot summer evening, and when the races were complete it was former Battle of the North Champion Kurt Bensmiller who emerged with the fast time of the night with a 1:15.85.

From barrel number 4 in the 8th heat, Bensmiller, driving the Artesian Insurance/All Peace Realty outfit, bested Cody Ridsdale’s wagon, which is being driven by Chanse Vigen,  by 35 one-hundredths of a second. Chanse Vigen placed third with his own rig, followed by Cruise Bensmiller’s wagon, handled by Kurt Bensmiller, with Dayton Sutherland rounding out the top five on the night.

Night 2 of the Battle of the North from Dawson Creek, British Columbia can be heard live on Thursday, August 11, 2022 on WPCA Radio at 9:30pm Eastern, 8:30pm Central, and 7:30pm Mountain time on Real Country 910, as well as seen live on the Cowboy Channel + App streaming platform.