Kurt Bensmiller Opens Up 2021 Strathmore Stampede With The Top Time 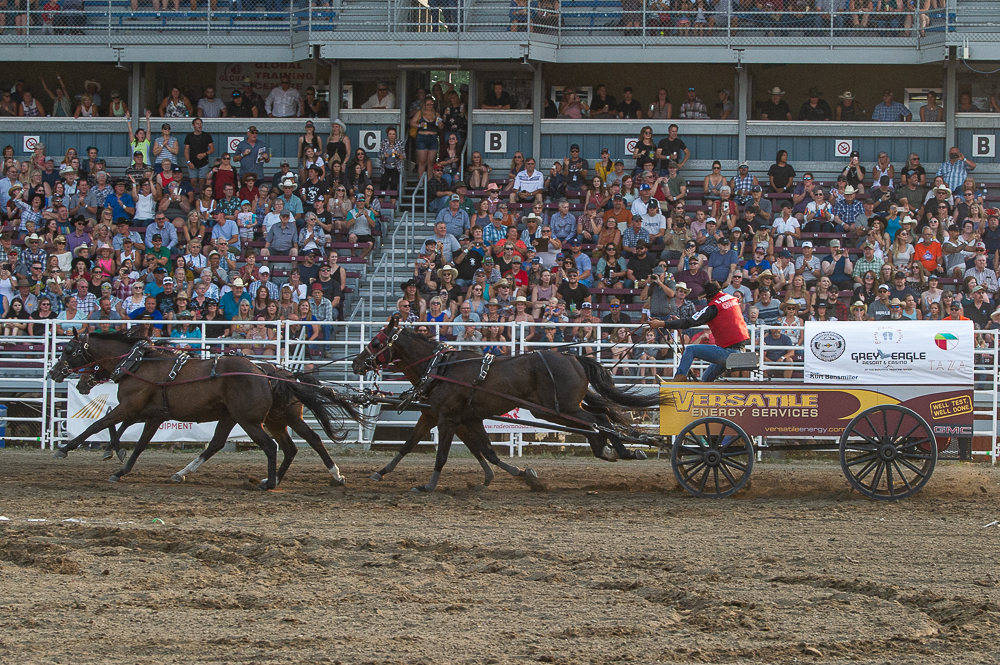 After a successful two-weekend stop at the Battle of the Foothills in High River, the WPCA Pro Tour resumed Friday night in Strathmore for the Strathmore Stampede where Kurt Bensmiller came into this years event as the two-time defending champion. It was a hot summer evening, track conditions were excellent, and Kurt Bensmiller picked up where he left off set the pace by cashing in first prize on the night.

From barrel position number 2 in the second heat, Bensmiller, driving the Tsuu T’ina Nation outfit, posted the fast time of the night with a run of 1:15.92. Second place on the night went to Vern Nolin, just 76 one-hundredths of a second behind the Bensmiller wagon, with Layne MacGillivray, Chanse Vigen and Layne MacGillivray’s second hook rounding out the top five on the night. The 4 times on the night all came out of heat number 9. The driver posting the best 4-day aggregate time will be crowned the 2021 Strathmore Heritage Days Stampede champion.