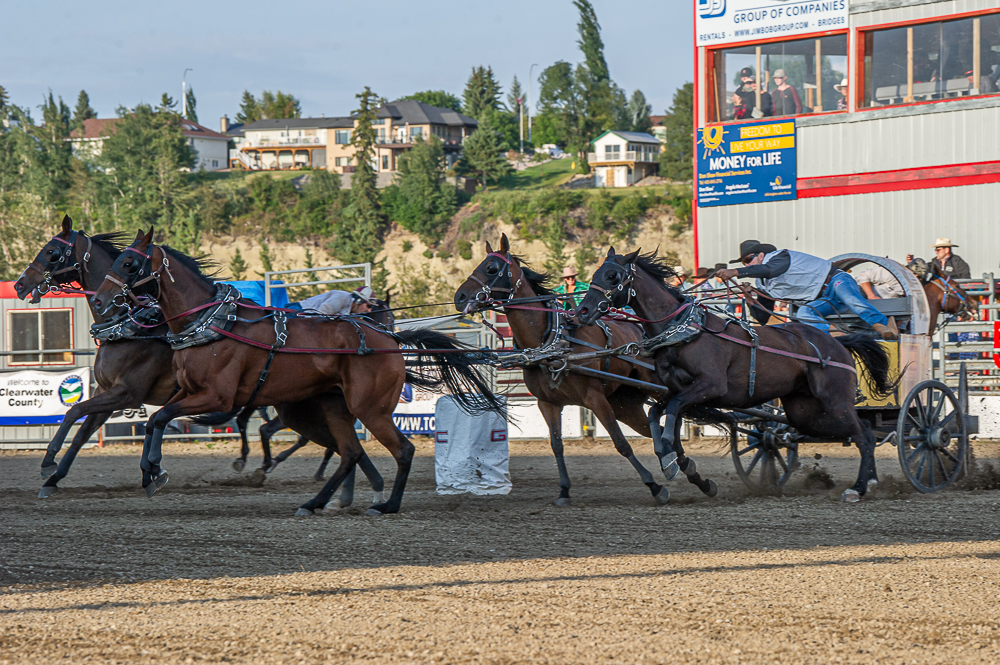 It was the second consecutive perfect night of chuckwagon racing at the Battle of the Rockies in Rocky Mountain House, Alberta. Day money on night 2 went to Kurt Bensmiller who piloted his AIC Construction Ltd. ivermectin roa outfit to a 1:15.99 from barrel 1 in heat 2. That run was 54 one-hundredths of a second faster than day 1 winner Obrey Motowylo who placed second on the night. Vern Nolin grabbed third, Evan Salmond was fourth, while Kris Molle filled out the top five on the evening.

The day money run vaulted Kurt Bensmiller to the top of the overall leaderboard after two runs, with a total time of 2:32.65. That puts him just 12 one-hundredths of a second in front of Obrey Motowylo who sits in second place overall. ivermectin horse paste for human lice Vern Nolin continues to hold onto 3rd place overall, while Kurt Bensmiller’s other wagon sits 4th, with Wade Salmond in 5th place overall The driver posting the best 3-day aggregate time will take home the 2021 Battle of the Rockies Championship.

Day 3 of the Battle of the Rockies from Rocky Mountain House can be heard live on Sunday afternoon, August 22, 2021 on Rural Radio Channel 147 on SiriusXM starting at 4:00pm Eastern, 3:00pm Central and 2:00pm Mountain Time. ivermectin topical rosacea