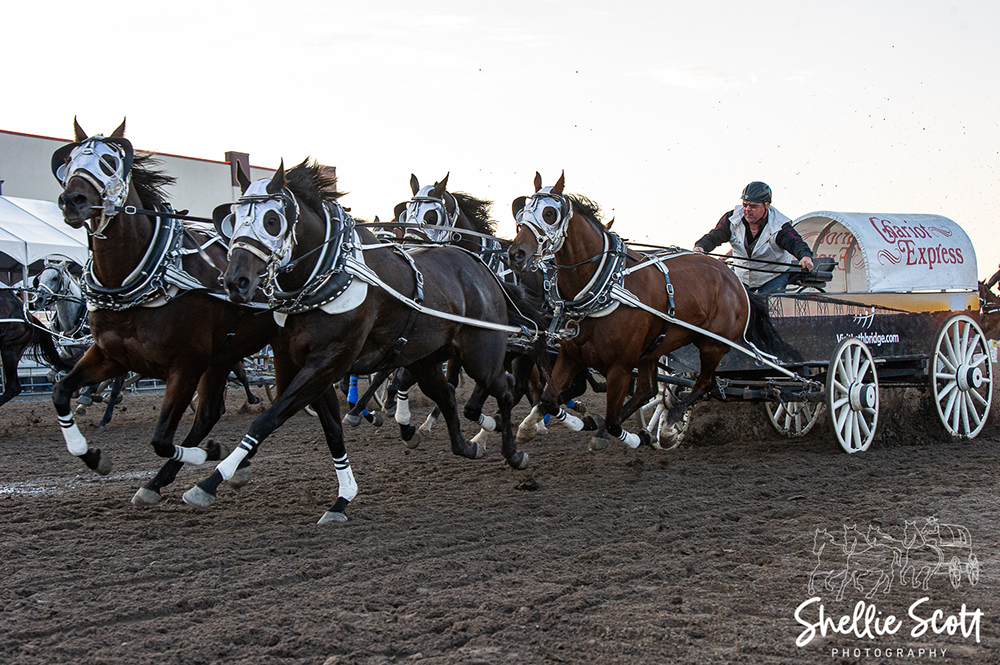 Night two of the Century Downs World Chuckwagon Finals was run under a few clouds, very good racetrack conditions. Some outstanding races were once again witnessed by a packed grandstand, and when the sun set on Century Downs Racetrack and Casino, Kris Molle set the pace for the evening

As mentioned previously, Kris Molle piloted his Chariot Express rig. to the top time after posting a 1:23.15 from barrel 1 in heat number 8. That was just 4 one-hundredths of a second faster than Kirk Sutherland who also competed in heat number 8, followed closely by Chanse Vigen in third, Mitch Sutherland in fourth, and Wade Salmond, who despite a 2 second outrider penalty, still grabbed fifth place on the night.

For the 36 drivers who are racing for the Aggregate Championship at the Century Downs World Chuckwagon Finals, again it’s Kris Molle who leads the overall aggregate standing with a two-run total of 2:49.44. He sits 11 one-hundredths of a second ahead of Kirk Sutherland, with Evan Salmond, Chad Fike and Layne MacGillivray filling out the top five. The driver posting the best 4-day aggregate time after Saturday’s run will be the Century Downs Racetrack and Casino Aggregate Winner