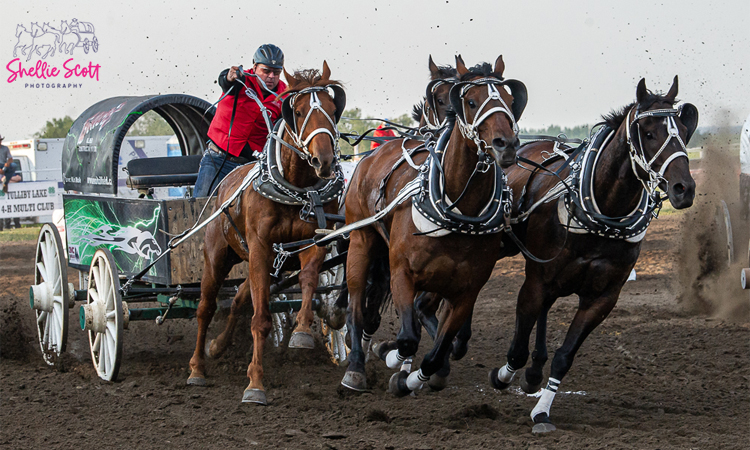 After a successful run at the Bonnyville Chuckwagon Championship, the WPCA Pro Tour embarked on Mile “0” of the Alaska Highway in Dawson Creek, British Columbia for opening night at the Battle of the North where Chanse Vigen came into this year’s event as the defending champion. Track conditions were excellent on a hot summer evening, and when the races were complete it was Kris Molle who emerged with the fast time of the night with a 1:14.75.

The top 4 drivers in the aggregate after Saturday’s run will go into the Championship Final Heat where the winner will take home a big bonus cheque, and the 2021 Battle of the North Championship.